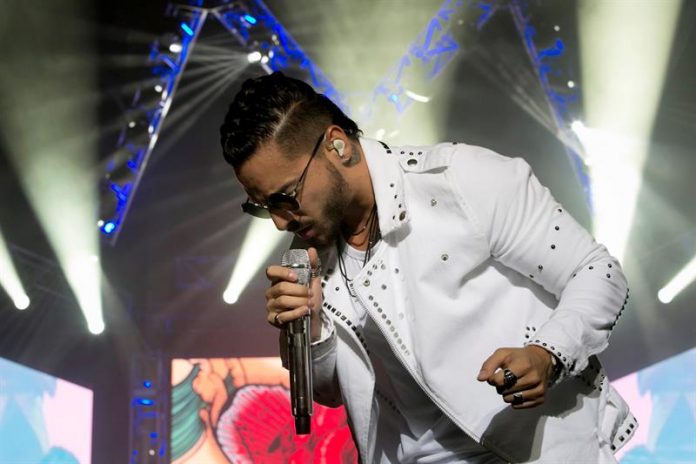 The Colombian singer Maluma announced today his tour “F.A.M.E USA Tour”, with which he will tour at least 21 cities in the United States, whose capital will host the first concert on March 23, 2018.

The reguetonero, who just a year ago announced his first US tour, “Maluma USA Tour”, said in a statement “be excited” with this tour, which is his return to the country.

“F.A.M.E USA Tour”, which bears the same title as their new album, which will be released at the beginning of 2018, will be a show in which the urban artist will share with the American public his great successes and some new songs.

Waiting to close more dates, Maluma will begin its tour on March 23 in Washington DC and close it in Orlando (Florida) on May 20, after making stops in 21 cities in the country such as Miami, New York, Los Angeles, Boston, Houston, Las Vegas, Phoenix and Chicago, among others.

The singer of “La temperatura”, “Borro casette” and “El losdedor”, who has sold out tickets on his tour “Maluma World Tour”, with which he has performed in venues in Europe and Latin America, will put on sale the next November 17 tickets for this new series of concerts.