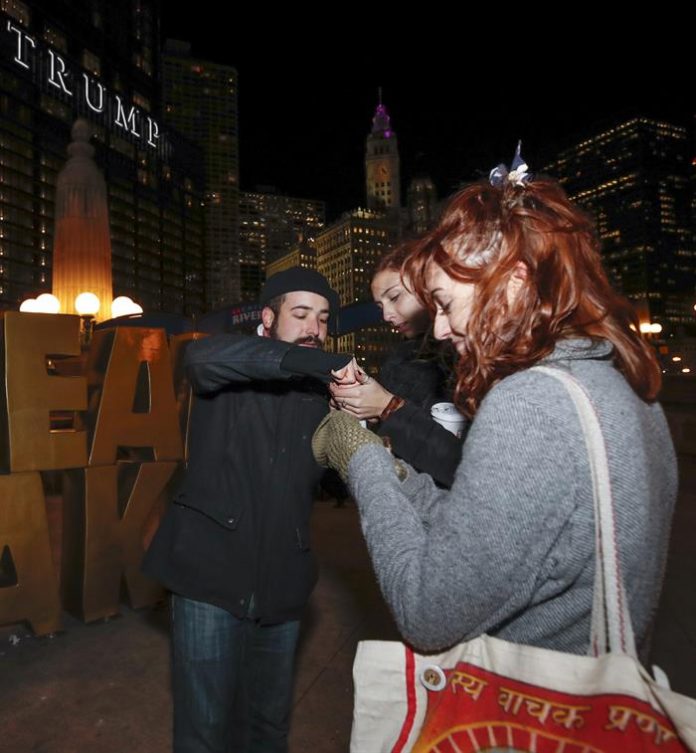 Dozens of people highlighted today with a concentration in front of the Trump Tower, in the center of Chicago (IL), the “humanitarian crisis” still suffered by Puerto Rico, 50 days after the devastating passage of Hurricane Maria on the island.

The organizers of the rally, the local activist group Chicago Boricua Resistance, said that many people are still struggling to survive due to the “inaction, corruption and incompetence of local and federal government.”

“All the people still do not have water, electricity and medical care,” Rossana Rodriguez, of this group, told Efe, who criticized that the aid to the island has been “slow and inconsistent.”

“It feels like the hurricane has not passed and it’s still here,” he said.

The provision of basic services below 100%, and especially the fact that schools are not yet open, Rodriguez said, is causing hundreds of Puerto Ricans to be evacuating the island.

Only to Chicago, for example, 1,600 Puerto Ricans have arrived to date after María’s passage, although in Florida this figure reaches 143,000 people who arrived in that state since the beginning of October.

“It’s as if the hurricane had been yesterday, in some places the garbage is still not being collected,” lamented the activist, alluding to a difficult return to normal living on the island.

Miguel Avelo, another member of the same group, said that the US government should be more responsible in the recovery process. 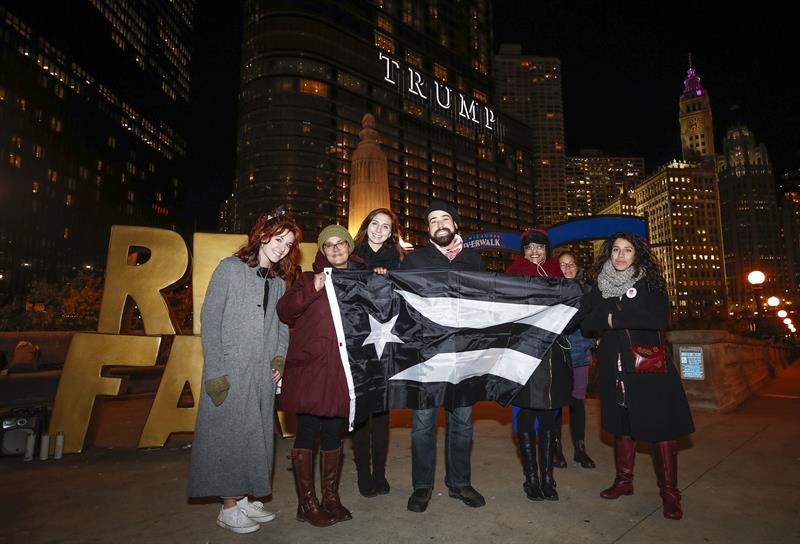 The protesters demanded that the Jones Act be canceled indefinitely, which determines that only American ships with a US crew are to be canceled. They can transport oil between the country’s seaports.

They also requested that the necessary economic aid be granted to the island so that it recovers both from the hurricane and from its battered economy, which was already on the verge of bankruptcy before the passage of the cyclone.

“That inaction of the United States around Puerto Rico is another condition of its colonial situation, it does not matter to the people of Puerto Rico,” said Avelo.

According to the latest figures released, 82% of subscribers with water, the same percentage of open bank branches, all open ports or the almost normalization of gasoline supply with 84.27% of open gas stations, are data that graph some of the advances achieved by the Puerto Rican executive after the passage of Hurricane Maria. EFEUSA