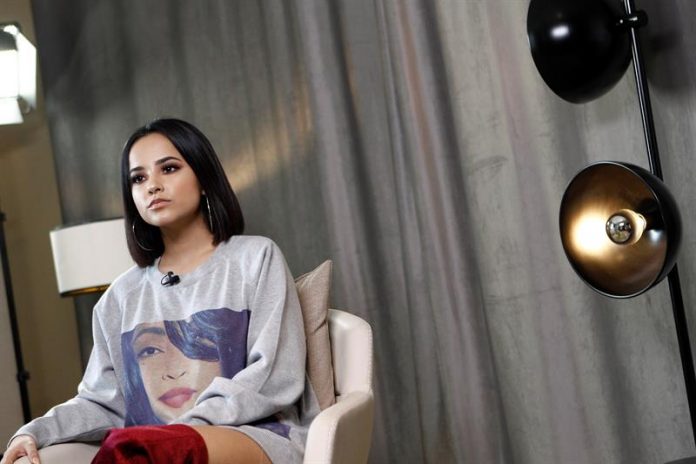 In the midst of an international boom of male and Latin singers who mixed urban and pop rhythms in Spanish with “very sexy” double interpretations, the young Becky G burst into controversy over the ambiguous lyrics of her hit “Mayores”, which she understood as an exercise of freedom and equality.

“There are many very sexy songs in music right now, but they’re being sung by men: ‘Des-pa-ci-to’ is just talking about dancing, or what Enrique Iglesias says when he sings: ‘Only in your mouth I want to finish “Now that a woman sings the same thing that they are a problem for some people, I like that my song makes them think”, he defends.

Born as Rebecca Marie Gómez (Inglewood, Los Angeles, 1997), this American of Mexican descent is about to sneak into the 100 most played artists on the planet in Spotify, especially by teenagers and not so young who have danced ” Greater”.

“I like them bigger / That does not fit in my mouth / The kisses I want to give / And that drives me crazy”, sings in this song that became a “hit” without even having had the support of the radio for its daring content.

The theme “started as a joke,” he says. The first time a photo was uploaded to Instagram with her boyfriend, Los Angeles Galaxy footballer Sebastian Lletget, 25, came up with numerous criticisms that he looked older than her (actually only 5 more years). That came to the ears of his grandmother and Becky, downplaying, followed the joke: “I like older,” he replied.

“I want to be part of the feminist movement in that we are all equal, before children were allowed many things: ‘They are learning …’, they said, but girls were prepared to be good mothers, good cooks … Of course also to be demure, a woman could not say things like that, “she criticizes.

Part of her character is shaped by economic hardships that forced her and her family to leave their home to live in a garage.

“I do not know many people who start working at age 9, I just thought that was what I had to do, that shaped my way of being, especially I think it gave me more patience, because in this type of career there are many people who tell you that you can not do this or say that, “he says. 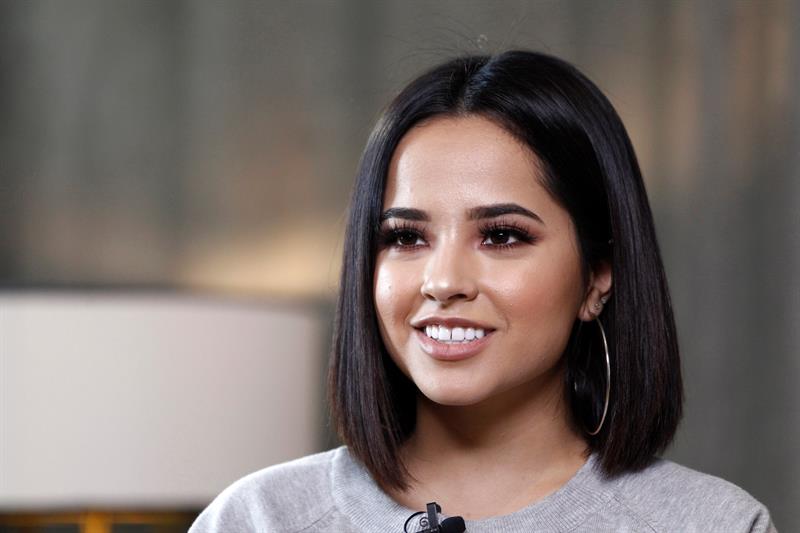 His current proposal represents a contrast to the Becky G that became known at age 15 thanks to the innocent simple pop “Shower”, long before his leap from English to Latin music.

“So I did not know that my voice as an artist mattered, especially as a woman, I wanted to get more involved in what I was doing, but I did not have the strength to say ‘no.’ Now that I’m doing my music in Spanish, I feel more secure than ever. found as an artist and as a woman, “he says.

Ensures, in this sense, that it was not the success of “Despacito” by Luis Fonsi that moved her towards these coordinates, despite the fact that her natural language is English.

“I did not feel comfortable speaking in Spanish, but I did sing it, it has a feeling that music does not have in English, it’s more romantic and sexy, you can feel it in your blood,” she says.

He adds that in his head he always had Jennifer Lopez as a model and this was demonstrated when he covered “Jenny from the Block” and turned it into “Becky from the Block”.

“She gave me her blessing at the beginning of my career and I am very grateful, she is my idol since she was little, because she is not only a singer, she is an actress, a dancer, a mom, a fashionista …”, says this young Californian girl who has also done his first steps in the world of interpretation, specifically as the yellow “ranger” in the “remake” of the action movie “Power Rangers” (2017).