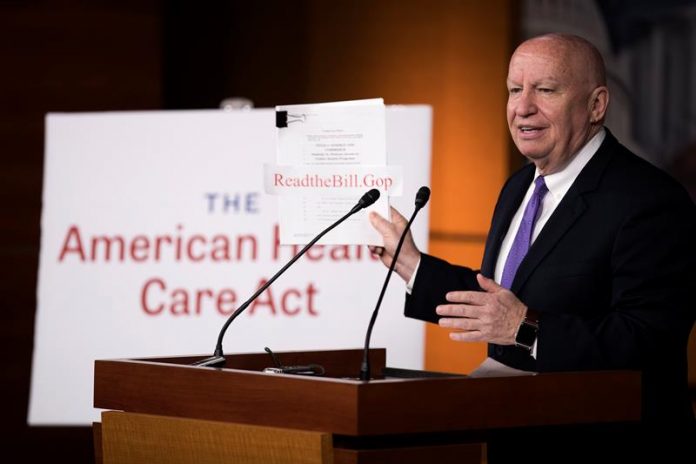 The Republican legislators of the House of Representatives delayed today the presentation of their legislative proposal of fiscal reform before the difficulties to agree mechanisms that avoid that the deficit soars due to the promised cuts of taxes of president Donald Trump.

“In consultations with President Trump and our leaders, we have decided to release the text on Thursday,” said Kevin Brasy, chairman of the House Ways and Means Committee, announcing the delay over the previous announcement that it was going to be today.

Brady said that “we are happy with the progress made”, but acknowledged that they need more time to refine the final text.

The tax reform, which includes sharp tax cuts for companies and workers, is the great legislative commitment of President Trump, who has affirmed that his goal is for the House to approve the proposal “before Thanksgiving”, at the end of the month, and be signed “for Christmas”.

However, the plan has met with numerous obstacles, especially differences within the Republican Party itself, and has accumulated several delays in recent months.

The proposal, outlined at the end of September by the White House, sets a reduction in the tax rate to companies from 35% to 20%, and aims to simplify the tax brackets of individual income, going from the current seven to three: 12%, 25% and 35%.

Although Republicans agree on the tax cuts, the main stumbling block is that Trump’s plan implies an increase in the $ 1.5 trillion budget deficit over the next decade, and many of them are opposed to any increase in the budget. federal indebtedness.

Therefore, the discussions now focus on how to finance these spending cuts to reduce the consequent rise in the deficit.

“Based on what I know, I’ll say I should still vote no,” said Republican Congressman Pete King, speaking to The Hill newspaper.

Among the most controversial proposals, figure limiting the money that taxpayers can allocate without paying taxes to their retirement plan, known as 401 (k), and suppress the deductions of local and state taxes.