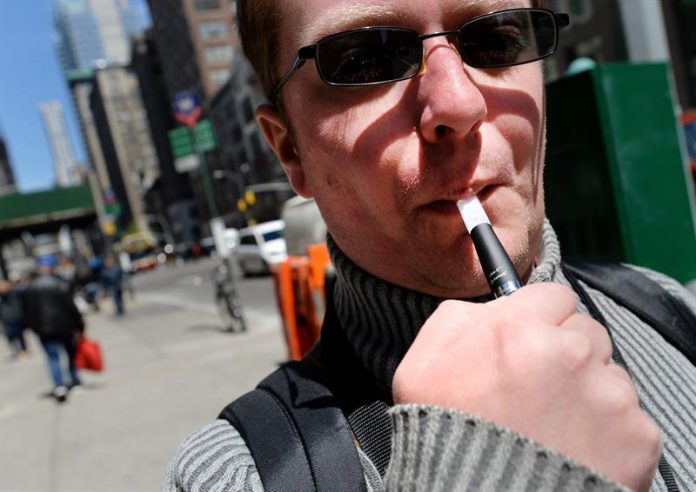 The bill signed by Cuomo this Monday aims to reduce the exposure of users of electronic cigarettes and those around them to potentially harmful chemicals, the governor said in a statement.

Under current law, only products containing tobacco, such as cigarettes, cigarettes or pipes, were restricted in public spaces, but many counties had vetoed the use of electronic cigarettes in places such as bars and restaurants, so the new measure closes a void in the state.

Some ingredients found in electronic cigarettes are considered toxic, but there is no regulation on the chemicals they contain and the nicotine the user is inhaling.

These factors can lead to long-term health problems for smokers and those around them, the statement said.

Senator Kemp Hannon, author of the bill, noted that electronic cigarettes “often contain toxic chemicals, something that passers-by should not be forced to breathe.”

“With recent reports showing increased use among minors, New York must continue to work to regulate these devices with common sense,” the senator said in the statement.

Last July, Cuomo signed legislation to ban the use of electronic cigarettes in the area near public and private schools.