“Plaza Sésamo” comes to life in a new interactive show

The “Sesame Street” dolls come to life in a new stage show in which the audience, both on and off the stage, can interact with the characters of this long-running television show.

Before the live performance, children and adults will be able to take a tour of the hand of two hosts, Casey and his cousin Caleb, and meet the best known children’s characters such as Elmo, Abby Cadabby, Big Bird, Oscar the Grouch (Oscar), Rosita, Grover (Archibaldo) and Cookie Moster (Lucas).

They will also adorn the stage for the party in which they will then participate during the show. In this way “they are encouraged,” says Juanita Dilia, who plays Casey.

Planning a party is not easy, especially when “we are all unique and different,” said Rosemarie Truglio, vice president of education and research for the Sesame Street workshop.

In an interview with Efe Truglio said that this first “theatrical experience” for “Sesame Street”, the result of the association with Feld Entertainment, has everything that is important of the television program.

“Sesame Street aims to help children grow smarter, stronger and friendlier,” said Truglio, one of the developers of the script, which should be an easy story to follow and an interactive experience.

The show not only prepares children for life, but values ??such as commitment and collaboration are two of the strengths of this project, which focuses on the meaning of “community,” he added. 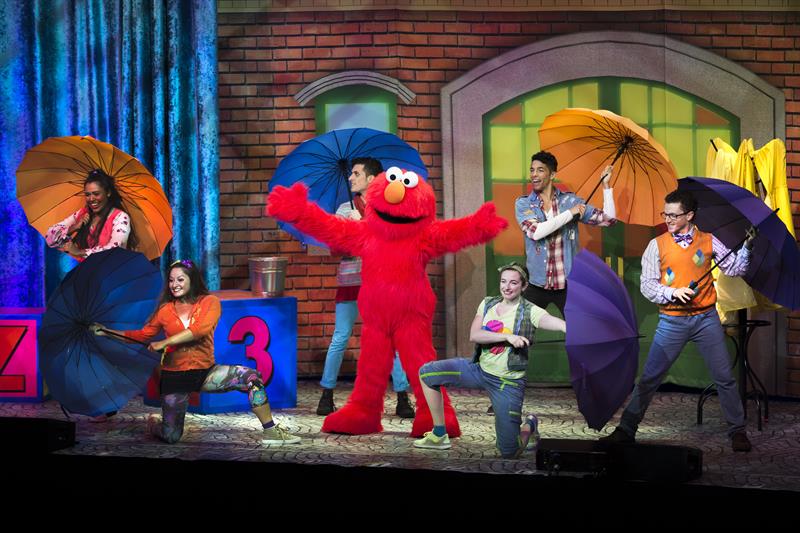 James Shea, production assistant, stated that many “efforts” have been made to give life to the characters of “Sesame Street”.

The Sesame Workshop teams and “Sesame Street Live!” have been planning their history, activities, games and their movements on stage for two years.

“What we’ve done is try to make the characters look realistic and resemble the dolls we see on television,” Shea concluded.

For this, a miniature scenario was created with all the elements present in the function, to which they were adding or replacing by others, and then to make them to real size.

Music and interactive elements are the main features of the live Sesame Street Live! Let’s Party!

Party guests will be able to sing songs like “I love Trash” and “C is for Cookie,” with Oscar the Grouch and Cookie Monster, and dance with Elmo.

In addition to learning the meaning of recycling, the children will explore with Rosita, through interactive lessons in Spanish, what a cow or horse, according to Nicole Feld, the executive producer of Feld Entertainment, is “a good way” of combining the two cultures, the American and the Hispanic.

With Big Bird the children will learn to fly and meet their bird friends, with Elmo they will create a snowman and Abby Cadabby will transport them to another world with their magic tricks.

“This production is completely interactive, so the audience has the opportunity to be in contact with the characters and actors, and they will also be able to participate in the entire production,” Feld told EFE.

As a board member of Feld Entertainment, a family business created by Irvin Feld in 1967, she said she was “proud” of this collaboration with the educational organization Sesame Workshop, as it is a “fun, exciting and useful” show for the life and education of children.

“We look forward to being able to celebrate and do all of this with” Sesame Street Live! Let’s Party! “Feld said of the show, which will travel to Canada and over 50 US cities over the next year.

Leo DiCaprio for the conservation of Mexico

Leonardo DiCaprio is determined to protect Mexican ecosystems. The actor and director, one of Hollywood's biggest environmental activists, has teamed up with Mexican President...

López Obrador charges against critical intellectuals: “They will not take away my right to speak”

The Mexican president, Andrés Manuel López Obrador, charged on Monday against the intellectuals who published a letter in which they accused him of "undermining...

The Redskins of Washington rule out the possibility of hiring quarterback Colin Kaepernick, although they saw another of his quarterbacks suffer a broken leg. Jay...

The president of the House of Representatives, Nancy Pelosi, today accused the president, Donald Trump, of preferring "a soap opera" to negotiate "with seriousness"...