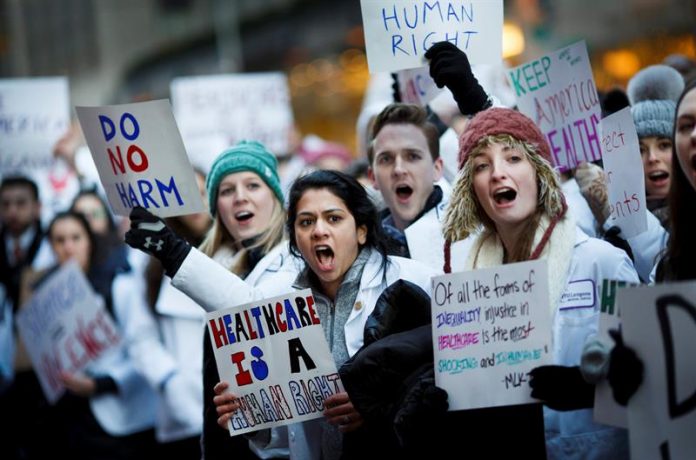 Covered California insurance market announced in letters to its users that for the remainder of the year and by 2018 the nearly 670,000 low-income Californians who receive subsidies to pay their monthly health insurance fee will not be affected.

“I received a communication yesterday from Covered California where they assure me that the price I pay for my health insurance will not change in the remainder of the year and will not increase significantly for next year,” said Efe Piedad Rodríguez, beneficiary of the subsidy through the insurance market.

The health authorities said in their communications sent to this weekend that they have a mechanism that allows them to foresee the threat of a subsidy cut from the federal government.

“In anticipation of these events, we in California take steps to minimize the impact,” said Peter Lee, executive director of Covered California.

According to Lee, there are two types of subsidies for health insurance services. One is known as “tax credits” and is applied directly to the user, decreasing the cost of the monthly payment.

The other consists of “cost-share reductions” and directly compensates insurers who offer discounts on deductibles, copayments, and other costs to low-income users.

This week, President Donald Trump signed an executive order that relaxes some health care requirements promulgated by his predecessor, Barack Obama, known as “Obamacare,” which has allowed 20 million Americans to access health coverage.

The executive also announced the end of subsidies to health insurers, which allowed subsidizing care for the poorest.

State authorities said that the subsidy that was eliminated was cost-sharing, so it does not affect the monthly fee paid by a user benefiting from the tax credit.

The state insurance system announced in early August that by 2018 California rates will increase by an average of 12.5%, which includes “about 3% more than Californians should pay” as a result of the subsidy cut.

For the most popular plans, such as the “Silver”, the state government had asked insurers to submit two different rates for 2018, one on the basis that “cost-sharing reduction payments” continue to be offered by the federal government and another without this subsidy.

For the rest of the year, according to Covered California data, the 11 insurance companies working in the state will lose 188 million dollars because of the suspension of federal subsidies.

The increase in the cost of California’s policies last year was an average of 13%.