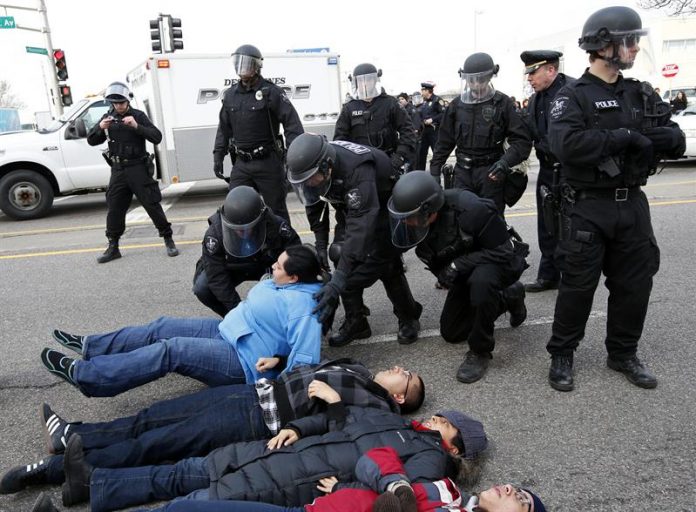 The lawsuit alleges that the police have mistreated minorities for decades in Chicago, and that African Americans and Latinos have been victims of shootings and other police violence “disproportionately.”

“The city of Chicago deploys police officers with guns and tasers, but it does not enable them to resolve conflicts without appealing to violence, which endangers residents and witnesses,” he says.

The use of electric guns is considered abusive, and in some cases has caused serious damage to those who receive repeated discharges.

Lawyers ask the judge to order the police to end their current “illegal force use” policies and practices, because when it acts against African Americans or Latinos “disability is ignored or cited to blame the victim.”

The Chicago Police Department this year approved limits to the use of force in its procedures, particularly when it is forced to shoot at suspects.

The changes were demanded by groups advocating civil and human rights and criticizing the excessive use of lethal force against minorities in Chicago.
The new provisions dictate that when force is used it must be “objectively reasonable, necessary and proportional”.

Agents may also shoot at a fleeing person as a last resort and if they see an “imminent threat” of death or serious injury to a police officer or other person.

Formerly, an officer could fire his weapon in any case where the suspect fled after committing or attempting to commit a crime using a weapon.

The definition of lethal force is not limited to the firing of the police regulation weapon, but it is also considered lethal to hit the suspect with a weapon or to apply a choke key to the suspect.

Agents are also advised to work carefully with taser guns, limiting their use to three electric shocks.