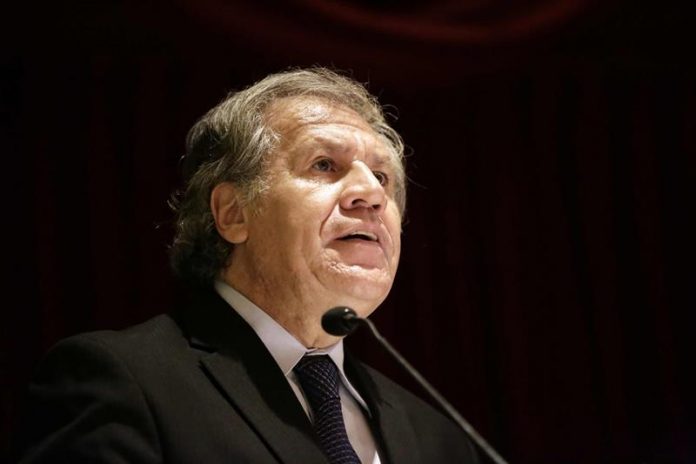 Miami will host a Latin American summit that seeks to strengthen ties between the region and the state of Florida and which will include the Secretary General of the Organization of American States (OAS), Luis Almagro, and Republican Senator Marco Rubio, among others.

According to the Florida Governor’s office, Rick Scott, the summit, to be held next Monday in downtown Miami, will feature “world leaders” who will discuss relations between this state and Latin America, as well as the strengthening of democracy and human rights in that region.

The meeting will be chaired by Luis Almagro, who will follow a panel on foreign policy with the presence of Senator Marco Rubio and Congressmen Ileana Ros-Lehtinen, Mario Diaz-Balart, Carlos Curbelo, among others.

Participants at this summit include the head of the US Southern Command, Admiral Kurt Tidd; US Trade Representative Robert Lighthizer; as well as the Argentine Minister of Production, Francisco Cabrera.

Likewise, the summit has programmed the panel “Democracy and Human Rights”, moderated by journalist and writer Carlos Alberto Montaner, and attended by former Bolivian State Minister Carlos Sánchez Berzaín, who is a political refugee in the United States.

This table will also include Carlos Vecchio, co-founder of the Venezuelan opposition party Voluntad Popular, and Cuban poet and politician Armando Valladares, who was the US ambassador. before the UN Human Rights Council.

US Coast Guard Seventh District Commander Peter Brown as well as officials and business leaders will also be part of this summit, in which the Venezuelan crisis and the situation of Cuba will be present on the agenda of the day .

“In recent months, we have seen Venezuela fall into complete chaos under the brutal and oppressive dictatorship of Nicolás Maduro,” said Scott, host of the event, in the presentation of the program, which warns that what happens in that nation ” is an echo of the brutal oppression that continues to spoil the lives of millions of Cubans. “