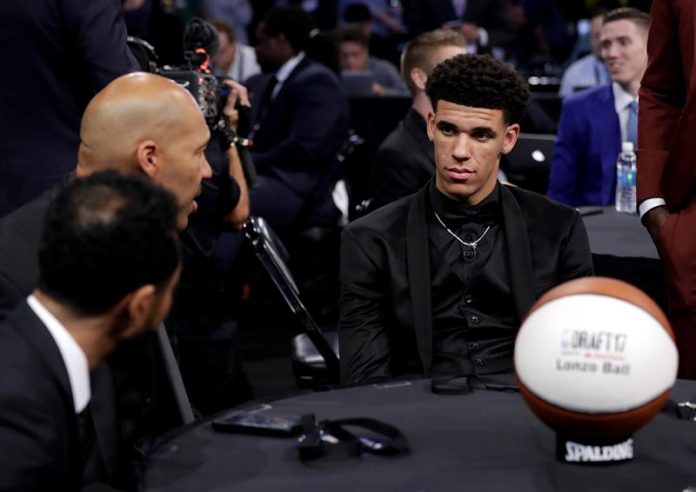 The Los Angeles Lakers of the 2017-18 season, rated by their general manager Rob Pelinka as “young, still to do and hungry,” kicked off the preseason today with debutant Lonzo Ball and promising Brandon Ingram as leaders on the field.

That phrase from Pelinka, extracted from the musical “Hamilton”, makes clear the current identity of this team, plunged into the depths of the Western Conference for four years but with clear intentions to regain the prestige of the past, especially waiting for what that happens in the free agency of the next summer.

While that moment arrives, at least they already have the first tools to achieve it.

Pelinka began the so-called “Media Day,” describing how Bill Bertka, a league classic and current employee of the Angelina franchise, recently confessed that, at age 90, he had never seen a group of young people as competitive as the Lakers are today.

“I do not want to set a number of victories for this season, but I can guarantee something: the fans will love to see this team play every day.” The level of competitiveness of the group is going to be 10 each game. , we will not be satisfied, “said the executive.

The reconstruction of the team has been carried out in a slow and parsimonious way, partly due to the complicated management of the last years in active, and full of injuries, of Kobe Bryant.

The progressive arrival of players such as Julius Randle, D’Angelo Russell (traded this summer to Brooklyn), Larry Nance Jr. and Brandon Ingram encouraged the fans’ spirits, but the franchise did not finish taking off, even after the incorporation of Luke Walton as a coach.

Now, with Lonzo Ball (number two of the college draw) in command, the Lakers want to step up.

“I lead with my own example, but I must express myself more about the court,” admitted the young game director, known for his temper on the track. “I’m looking forward to going on the pitch for an official game for the first time. I’ve been dreaming about it since I was a kid and it’s just around the corner.”

Its great support will be Ingram, destined to become one of the great pillars of this group.

“Last year was an adjustment, I felt the triple line away and I had no body to penetrate, so I’ve been working a lot this summer.

Seeing me that way was surprising, I did not like it at all. I gained experience and I think I will be more consistent, “said the forward.

The optimism and the smile arrived, of course, from the hand of Magic Johnson, president of operations of the Lakers.

“This team has a lot of new faces and a lot of young players,” he said at the UCLA Health Training Center, the Lakers’ new home to conduct their training.

“It’s going to cost us to achieve the chemistry we’re looking for, but we’re going to get it.” The goal is for them to improve, grow, and take their game to a higher level. They have the talent for it, “he said.

Johnson stressed that Ball will make the joy return to the Staples Center and hope that Ingram becomes the top scorer of the group.

“It’s going to be a groundbreaking season for him,” he said.

The Lakers have incorporated Kentavious Caldwell-Pope and Andrew Bogut this summer, which will be instrumental in boosting last year’s poor defensive level and a scorer such as Brook Lopez.

Even so, the odds are that they will be out of the title eliminators again, especially in a Western Conference full of talent and quality.

Starting next summer, with salary margin to incorporate two big stars, will be another story. At least, that’s what they cling to in the California franchise.