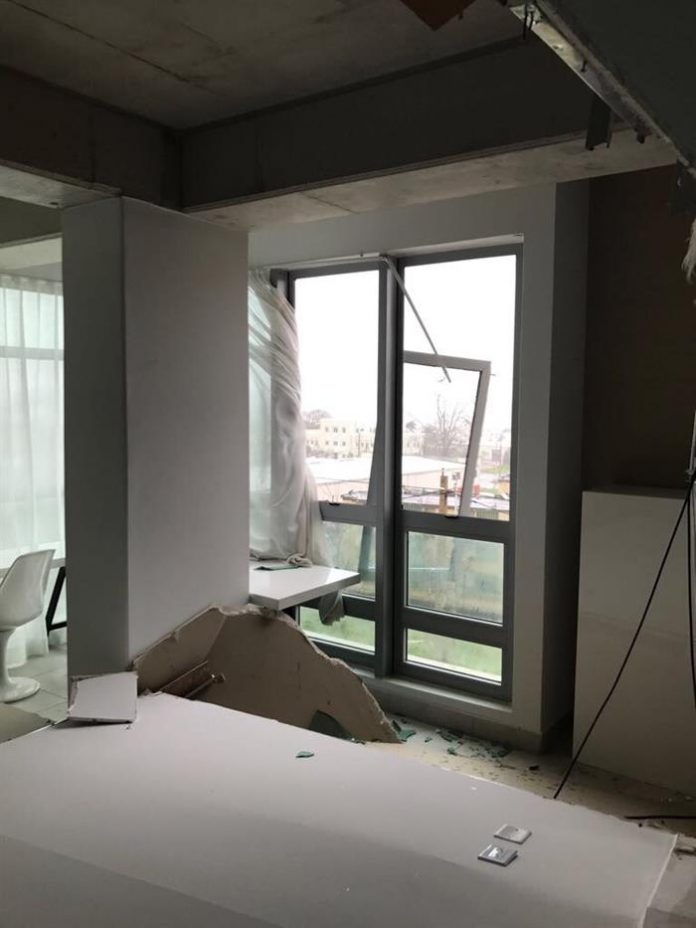 The governor of Puerto Rico, Ricardo Rosselló, said today that between 80 and 90% of the subscribers of the Electric Power Authority are without electricity service in the island as a result of the passage of Hurricane Maria, which landed this morning and lashes the island with winds of 240 kilometers per hour.

Rosselló estimated that between 80% and 90% of subscribers to the grid are without electricity and warned that 100% of residents are expected to have no electricity.

María, a category 4 hurricane, landed in winds of 250 kilometers per hour near the municipality of Yabucoa at 0615 local time (10.15 GMT), and her eye is currently 40 kilometers west of the capital San Juan.

The mayor of the city, Carmen Yulin Ruiz, urged citizens to start rationing, as she anticipated, they are going to “be four months without electricity,” statements collected by the newspaper “El Nuevo Dia.”

Maria is the first hurricane of Category 4 in more than 80 years that hits the island of Puerto Rico, where 3.3 million people live.

According to the US National Hurricane Center (CNH), the hurricane moves at 10 mph (17 km / h) west-northwest to northwest.

The cyclone is expected to continue this course during the day and, on the predicted trajectory, the eye of Mary will move off the north coast of Puerto Rico in hours this afternoon to pass just north of the northeast coast of Dominican Republic tonight and Thursday.

Puerto Rico’s governor, Ricardo Rossello, said that he has no reports of casualties due to Hurricane Maria but he knows that infrastructure damage is “severe.”

In a telephone interview with GFR Media, owner of El Nuevo Día newspaper and other media, Rosselló stressed that the danger continues “and there is still at least” a full day of rain “.

“The tail of the hurricane is going to bring to Puerto Rico more rain and more wind,” warned the governor, who indicated that rescuers can not leave to fulfill their functions until the winds fall, but have received requests to rescue people in different places on the island.

Rosselló announced that he had asked the president, Donald Trump, to declare the island as a “disaster zone” after Monday’s ruling decreed a state of emergency for Puerto Rico and the US Virgin Islands. before the arrival of Maria by those territories.

“I inform the people that I have just asked President Trump to declare Puerto Rico a Disaster Area,” Rossello said in his Twitter account when the cyclone struck the island.

Also, Abner Gomez, director of the State Agency for Emergency Management and Disaster Management (AEMEAD) stressed in a press conference that “still Thursday is not the time to leave.”

“Remember that there is electricity on the ground and that can cause accidents,” warned the head of AEMEAD, which confirmed that 100% of the island, where 3.3 million people live, is no longer supplied by electricity. step of hurricane Maria.

Hundreds of homes have been destroyed by the strong winds that accompany the cyclone, of more than 220 kilometers per hour, and the constant rains have caused several rivers to overflow on the Caribbean island, according to Efe.

80% of the residences in the Juana Matos sector in Cataño, near San Juan, were totally devastated and the images in the social networks show overturned cars and uprooted trees.

Also, the citizens had to literally secure the doors with heavy scalars to prevent them from flying.

Also, several hospitals in San Juan and the neighboring city of Caguas suffered serious damages in their structures, reason why the patients had to be evacuated to safer places.

Hurricane Maria is the most powerful hurricane that lashed Puerto Rico in more than 80 years, and is the second that wreaks havoc on the island after Irma stepped last week.