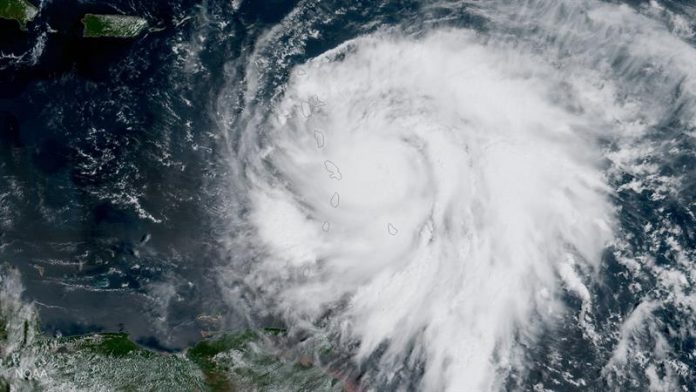 The eye of Hurricane Maria, strengthened to the category of maximum intensity, touched earth today on the island of Dominica in the Lesser Antilles, with maximum winds up to 160 miles per hour, the National Hurricane Center (CNH) reported.

Maria landed at 21.15 local time in Dominica (ET) and advanced west-northwest at a speed of 9 miles per hour.

Dominica is an island of about 75,000 inhabitants located between the French territories of Guadeloupe in the north and Martinique in the south.

Maria is advancing at this time towards the islands near Dominica and will continue to do so on Tuesday, according to the CNH.

Maria is expected to arrive in Puerto Rico and the Virgin Islands between Tuesday night and Wednesday.

The CNH predicts a possible increase in the intensity of Mary, although its power will fluctuate in the next hours.

The Lesser Antilles are still under the shock of hurricane Irma, also category 5, which left at least 26 dead in the Caribbean, mostly in Puerto Rico and Cuba.

That cyclone, with winds of up to 185 miles per hour, almost completely destroyed the small island of Barbuda, of about 1,600 inhabitants.