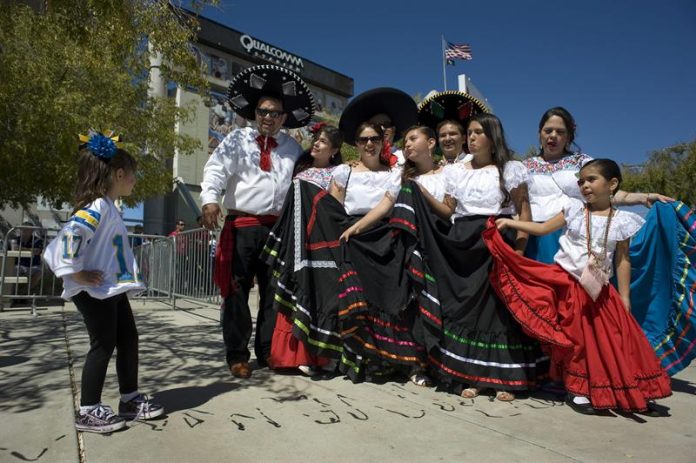 This celebration, established in 1968 by Democrat President Lyndon B. Johnson, offers the opportunity to “honor the significant contributions that Latinos have made to the history, culture and economy of this nation,” Efe Arturo Vargas, president of the National Association of Latino Elected and Appointed Officials (Naleo).

This one, which runs from September 15 to October 15, highlights the achievements and challenges facing this minority, especially in aspects such as their electoral participation, inclusion in the areas of business and governmental power, and the goal of immigration reform.

In addition to the cultural contribution, the eyes of service companies have been in recent years in the purchasing power of the growing Latino community, a market that exceeds $ 1.3 trillion.

The country’s Hispanic population grew by 2% between 2015 and 2016 to 57.7 million people, according to recent Census estimates that show a more diverse country as to the origin and race of its inhabitants.

That demographic weight of the country’s first minority, surpassing that of African-Americans, has made marketing specialists, the media, and political parties want to attract them regardless of their immigration status.

But according to Latino organizations, President Trump seems intent on driving them off with their immigration plans, which include building a wall along the Mexican border and massive deportations of millions of undocumented immigrants.

Trump also has in limbo about 800,000 “dreamers” who benefited from 2012 with a migration relief granted by his predecessor, Barack Obama, to temporarily legalize undocumented youth brought by their parents as children, despite promising that we were going to affect them.

Vargas said that “ensuring the protections” needed by “dreamers” to stay in the country is one of Naleo’s top priorities.

According to the Pew Research Center, Hispanics’ annual growth rate remained stable between 2016 and 2017, but Hispanics continue to account for more of the nation’s overall population growth than any other race or ethnic group with 2%, while Hispanics whites decreased by 0.1%.

However, this community is deeply disappointed by the lack of immigration reform that immediately halts deportations and separation of families and opens the door for the legalization of at least 11 million undocumented immigrants, mostly of Hispanic origin .

In addition, according to Vargas, this community faces a new challenge for 2020, when the next official decennial census of the population will be held.

Naleo fears that Hispanics will not be counted for fear of this community participating in the census, intimidated by possible reprisals if federal agencies share confidential information that is required by this survey.

“We are facing a tough road,” said Vargas.

“Only through a full and accurate account can we ensure that the Latino community has equal access to political representation and the allocation of key national resources for the next ten years,” he said.

Internet piracy and aggressive Trump Government enforcement policies have “poisoned Latino families’ confidence to participate in the Census,” he said.

The Hispanic community is also characterized by its youth, since the average age of Latinos is 28 years, while among non-Hispanic whites is 43, according to the Pew.

He has also presented an electoral growth that Naleo calculated for the 2016 presidential election in more than 27 million Latinos eligible to vote, and that will continue to increase, especially considering that each month 50,000 young people of Hispanic origin born in the United States turn 18 .

In that sense, leaders of the most important Latino groups, such as the National Hispanic Leadership Association (NHLA), presented a mobilization campaign on Thursday to organize Hispanic voters with a view to the 2018 legislative elections, with which they seek to say “enough” to President Trump.