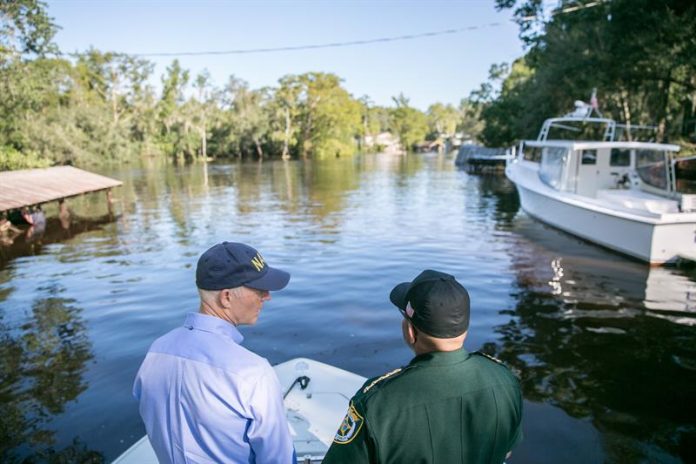 More than 3.7 million customers of electricity suppliers in Florida are still out of business four days after Tropical Storm Irma touched down as a Category 4 hurricane in that state.

According to the Florida Office of Disaster Management, the number of customers without electricity is 3,787,997, which means 36.08% of the state’s total households, businesses and public and private entities and represents a very large number of people. higher.

In the US state of Georgia, which suffered last July the impact of Irma, already degraded to a tropical storm, some 348,095 residential customers of the Georgia Power company are still without electricity.

As for Florida, the state’s most populous county, Miami-Dade, has more than 452,000 customers affected, which is equivalent to 40% of the total.

In Monroe County, one of the areas most affected by Irma and to which the Florida Keys belong, where the hurricane struck early Sunday morning, the percentage of users without light has not dropped and remain at 83%.

Another of the counties severely affected by the hurricane is the Highlands, in the center of the state, which is still in a state of emergency and where 93% of residents remain without electricity.

Florida Power & Light, one of the leading providers, said in its Twitter account that of the 4.4 million customers initially affected by the loss of electricity, 2.5 million already have service.

Before the cyclone hit the state of Florida, many county residents decided to flee their homes in search of a safer place to shelter from Irma, and four days after the impact, 21,000 people still remain in one of those shelters enabled by the state, according to CBS News.

Irma, who came to have category 5, the maximum of the scale of Saffir Simpson, before arriving in the US, has killed 23 people in this country, according to ABC News, a figure that continues to increase.

These figures do not include the five people who died in the latest in a nursing home in the city of Hollywood, north of Miami, which remained without electricity since the passing of Hurricane Irma.

Authorities are investigating whether the deaths were caused by inhaling carbon monoxide emitted by an electric generator or by the heat recorded as a result of the interruption in the electricity supply and the breakdown of the air conditioning system after Irma’s passage through the south of Florida this past weekend.