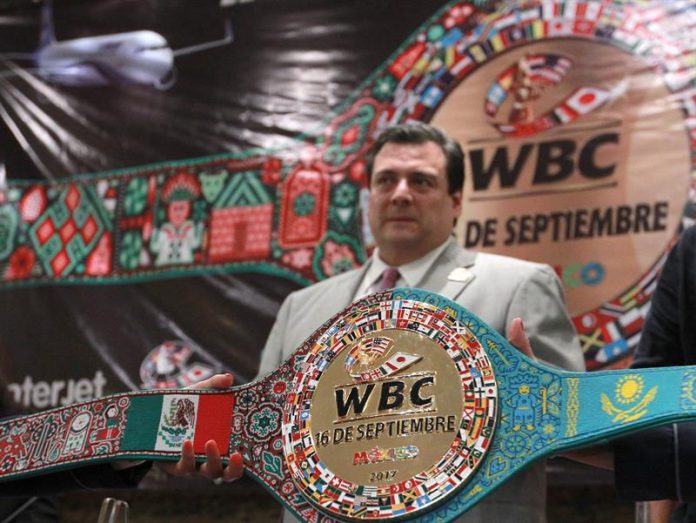 The fight that the boxing world had waited for the past two years is only three days before it can be held when Saturday’s undefeated Kazakh champion Gennady Golovkin against Mexican Saul “Canelo” Alvarez.

Golovkin, 37-0, 34 KOs, arrives in Las Vegas as a clear favorite to get the win and convinced that he is facing the fight he had always wanted and dreamed to star.

The middleweight champion, who holds the International Boxing Federation (IBF), World Boxing Association (WBA) and World Council (WB) crowns, admits he had all the patience to wait for the decisive moment and will make the most of it.

The bets in Las Vegas, where the fight will be played next Saturday, on the same stage as the T-Mobile Arena, where last August 26, American Floyd Mayweather Junior and mixed martial arts fighter, Irish Conor McGregor, staged a mock battle, are all in favor of Golovkin.

“I never let myself be carried away by these kinds of events that do not mean anything to me, the only thing that counts is the great preparation that I have completed,” said Golovkin. “I have absolute respect for Alvarez and I am very grateful that he finally accepted the fight.”

Golovkin insists he is ready for the fight to go all 12 rounds, if necessary, as he did in the previous round, the first time in his career when he faced American Daniels Jacobs.

“Let’s face it, it was a great fight for me, it allowed me to live the experience of reaching the 12 rounds and I felt very good,” Golovkin explained. “But I also want to point out that if I do not do that, I do not think that promoter Oscar De La Hoya would have allowed the duel against Alvarez.

The kazako champion, who resides in Los Angeles, went further to remember that neither he is Julio Cesar Chavez Junior, the last rival that Álvarez had, nor the former Mexican champion is Jacobs.

“I do not have much to explain in relation to that reality, it was demonstrated in the ring what we showed the four fighters,” said Golovkin, who at 35 is a perfect mark. “I do not worry about the undefeated, I always go out in the ring to do my best boxing.”

Golovkin, who won the first title of middleweight champion on August 14, 2010 by winning by nocáut in the first round to the Colombian Milton Núñez, has made 18 successful defenses of the same and before Alvarez hopes to continue the streak.

The Kazakh fighter will once again have his left-hand lead as the weapon that will open the way for him to place the devastating combinations that destroy his rivals, including Jacobs, who ended up fighting the fight, he had to go to the canvas.

Álvarez, 27, with a 49-1-1 mark, 34 KOs, is aware that he is going to face the most difficult opponent of his professional career, superior to Mayweather Junior, with whom he suffered the only defeat in his career professional.

“I am prepared for the big challenge, I know how good Golovkin is, but we also know the weaknesses he has,” Álvarez said. “We worked to make the most of them when I was in the ring.”

Álvarez reiterated that he was ready to get the victory and also to do it by the fast track by taking advantage of his strike and leaving nocáut to Golovkin.

Both pugilists during the press conference they offered today, the last one prior to the fight, reiterated that they had little more to say, than the sport of boxing was in the great fight that everyone had wanted.

“I am grateful to all those who have made the fight possible and I hope that Saturday will see a great show that will make everyone happy, but especially the fans,” said Golovkin. “It’s a historic moment for boxing and I respect Alvarez a lot.”

For his part, the former Mexican world champion reiterated that he did not like to talk much, as Golovkin had also said, which preceded him on the floor, but that he was “ready” for a fight he admitted would be “very hard.”

“It will be very complicated, but it is the fight everyone wanted to see, I hope they enjoy it as I will and we will see each other on September 16,” added Alvarez, who like Golovkin showed an education and absolute respect all the time which lasted the press conference.

For his part, promoter De La Hoya of Golden Boy Promotions said that celebrating the great fight on September 16 was the best tribute that could be given to the great contribution that has always made Mexican boxing and the framework of the holiday The Independence Day of the country was the perfect.

“On September 16, we will not only see a great fight and an exceptional evening but we will also have the privilege of celebrating Mexican independence on that special and historic night,” said De La Hoya, who also acknowledged that it was promotion of “gold” of his career.