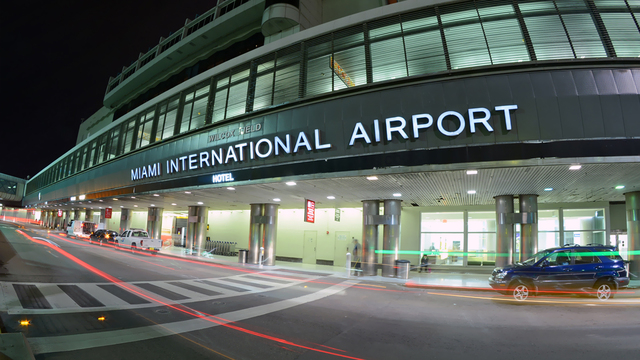 The Miami International Airport (MIA), closed for commercial flights since last Friday, announced today that the decision to resume those flights will be taken once the damage caused by Hurricane Irma is assessed.

In a notice posted on their Twitter account, airport officials said that commercial flights are not planned for today and that only “some airlines” will fly by air staff and crews in order to prepare for the resumption of flights.

In the same social network Emilio T. González, director and chief executive of the Department of Aviation of Miami Dade County, said that the water has caused “significant” damages to the facilities of the airport without giving more precisions.

According to the website of the Florida Office of Disaster Management, which publishes an updated list of airports that are closed because of Irma, the most important ones, such as the MIA, Fort Lauderdale-Hollywood and Orlando, are either totally closed or have no commercial activities.

Some are still open for emergency operations.

Irma landed in the Florida Keys, the southeastern tip of the US, on Sunday after having passed through Cuba and other Caribbean countries as a major hurricane leaving a trail of destruction and death.

On Sunday he also landed hours later at Marco Island, a resort on the southwest coast of Florida, and then continued northward, albeit weakened.

In its 02.00 local time (0600 GMT) bulletin, the National Hurricane Center (NHC) said Hurricane Irma is approaching the city of Tampa, Florida, on its way north of that state, but loses strength and has gone down to category 1 (from a maximum of 5).

The NHC said Irma was about 30 kilometers (18.6 miles) from Lakeland and about 40 kilometers (24.8 miles) from Tampa, the largest city in the bay of the same name, where some four million people, on the west coast of Florida.

Also at that time, the cyclone generated sustained maximum winds of 135 kilometers per hour (83.8 miles per hour), a speed lower than that recorded in the previous bulletin, issued three hours earlier.

So far, the official death toll from Irma in Florida is still three, although some media report that they have risen to five in the last hours, according to their own sources.