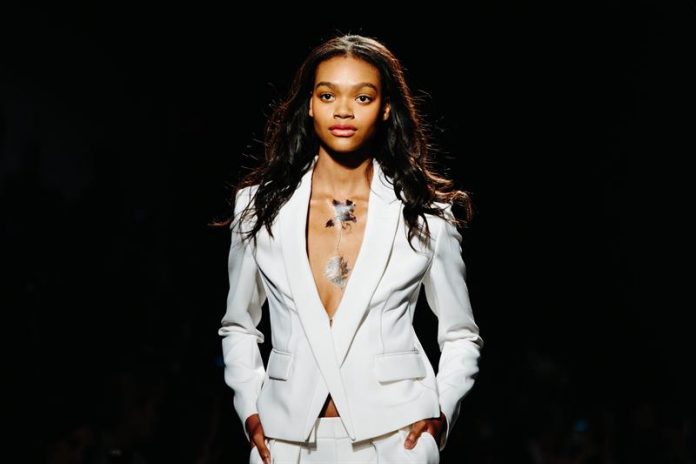 Chinese firm Taoray Wang today led to New York Fashion Week a modern but sophisticated collection for the Spring Summer of 2018, which highlighted the folds and asymmetries with which he played in almost all his proposals.

Neutral colors, such as white, black and gray, along with navy blue, sky blue and powdered rose, captured the nearly 40 models for the business woman who presented the fashion house, which this year gained media attention by dressing the daughter of the US president. Tiffany Trump.

Taoray Wang gave special attention to this collection, called “Baroque in Shanghai”, to double pleats, detail that used to top the sleeves of elegant white, pink and black shirts.

That same element was also used for his complement star of the season, a large belt that stylizes and defines a very narrow waist in both dresses and sets of shirt and pants or jacket suits, formed by a central leather band accompanied by a bulky double pleated on the sides. 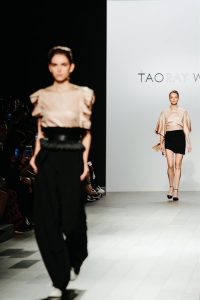 On the catwalk of Taoray Wang were also sensual and tight short skirts asymmetrical and elegant knee-length dresses of classic lines accompanied by sober heels in white, black and nude.

Wang Tao, the founder of the firm, was inspired by a concert by classical music composers Purcell and Handel performed at the Symphony Hall in Shanghai.

“It seems incredible to me to have this harmony between East and West and the fusion between the classical and the modern, because the concert was in Shanghai and the performance was of young musicians and with a lot of style.” before the parade.

The Chinese dressmaker says that she designs for women “intelligent and independent, self-confident and never afraid to say what she thinks, but at the same time is in solidarity with people and society.”

“Being independent and strong does not mean that you do not care about people, and I think it’s that solidarity that strengthens you,” said the designer.

Wang, criticized for dressing one of the members of the controversial Trump family, left negative comments saying that she does not understand “politics or politicians”, and that the daughter of the US president, besides being his friend since years ago, is a woman “with style.”

“I’m focused on who she is: very friendly, very kind and intelligent. She cares about people and is positive, and she’s always encouraging and encouraging those around her,” Wang said of Tiffany Trump, who attended the parade. 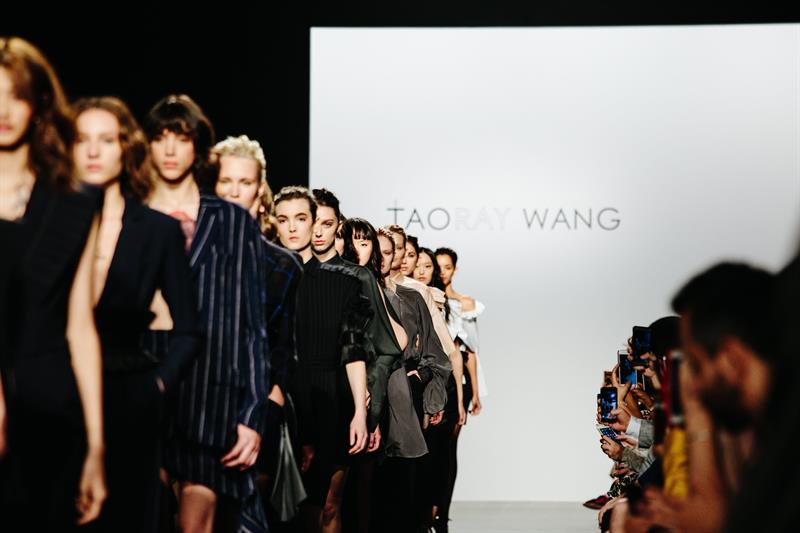