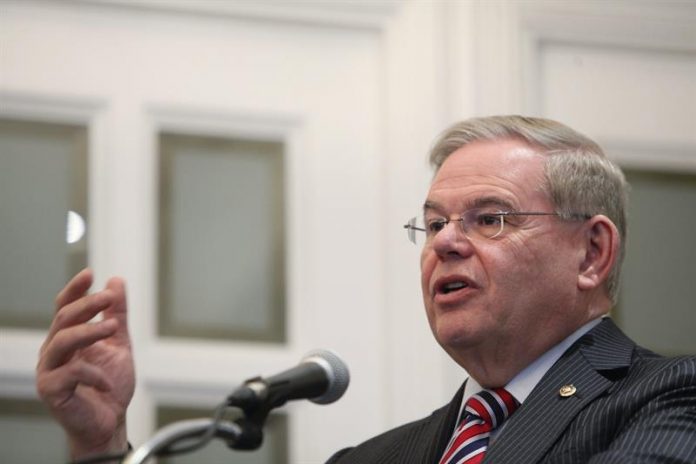 Sen. Robert Menéndez, a Democrat, is facing a 12-count corruption trial after the judge denied his request to postpone the trial.

The 63-year-old veteran, who has pleaded not guilty to the allegations, came to the New Jersey State Court accompanied by his two children and reiterated his claim of innocence of the allegations.

According to the indictment, the senator allegedly agreed to pay him expensive vacations, as well as gifts and $ 750,000 for his campaign from Salomon Melgen, a well-known Florida ophthalmologist, in exchange for favors for the doctor.

This is the first case in 36 years that a serving federal senator is indicted on corruption charges.

“I started my career fighting corruption, so I started, and I have always acted in accordance with the law, and I believe that when all the facts are known I will be vindicated,” he reiterated upon his arrival in the federal court in Newark where he had the support of also federal senator and exalcalde of that city, Cory Booker.

Menéndez, who is seeking re-election in 2018 and has been mayor, state Assemblyman in New Jersey, congressman and senator since 2006, will serve for at least the next two months on the bench of the defendants in a trial closely followed from Washington by the political implications it would have.

If the senator were convicted, resigned or expelled by his colleagues in the upper house before January, New Jersey Republican governor Chris Christie would decide to choose his replacement.

The prosecution said during the presentation of the initial arguments of the trial, which was delayed by the election of a new member of the jury and two substitutes that Menendez, of Cuban origin, lied about the trips that were allegedly borne by Melgen.

Prosecutor Peter Koski said the lawmakers were fond of a lifestyle that could not be afforded and also argued that he pressured State Department officials to approve visas so that friends of the doctor could travel to this country .

In April of 2015 the Justice Department accused Menéndez of having accepted pretense of Melgen, in exchange for supporting his business interests in Florida.

Specifically, the authorities contend that the senator helped Melgen in a dispute with health officials regarding payments related to health services, as well as urging the authorities of the Dominican Republic to accept a contract with a property port security company of the doctor.

Melgen was found guilty of fraud in the federal Medicare program and his sentence will be known at the conclusion of the trial against Menéndez, one of the most influential Hispanic politicians in Washington circles.

Likewise, in the accusations against the influential senator it is alleged that in 2010 he traveled twice to the Dominican Republic as guest of Melgen, and three years later, when it came to light that he had not declared such displacements as gifts, he reimbursed the doctor $ 58,500 for travel expenses.

Menéndez had asked the court to delay the start of the trial until October to be present at the Capitol, but Judge William H. Walls, who chairs the case, rejected it.