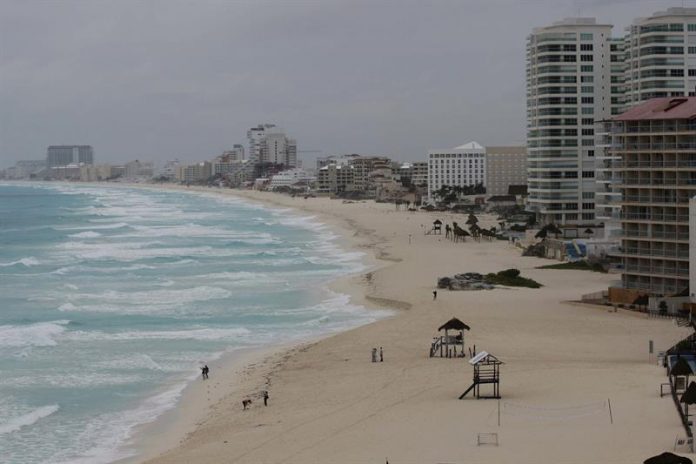 Irma strengthened on her route to the Caribbean and returned today to Category 3 with sustained maximum winds of 195 km / h, and is expected to remain as “a powerful hurricane,” reported the US National Hurricane Center (NHC) .

In its 21.00 GMT bulletin today, the NHC said Irma, the fourth hurricane of the hurricane season in the Atlantic basin, is located 2,405 kilometers east of the Lesser Antilles islands.

It now moves westward with a speed of 20 km / h and according to a probable path pattern, Irma will turn west-southwest on Saturday.

After falling to Category 2 today, the “intensity fluctuations” experienced by the hurricane will continue over the next few days, although it is expected to remain a “powerful hurricane” over the weekend, NHC meteorologists in Miami.

Irma passed Thursday morning directly from a Category 2 hurricane on the Saffir-Simpson intensity scale, a maximum of 5, and quickly became a powerful category 3 hurricane.

The cyclone today decreased its intensity and fell to category 2 after reaching maximum sustained winds of 175 km / h.

This was followed by Bret, Cindy, Don, Emily and Franklin, who became the first hurricane of the season, then Gert, the second hurricane, Harvey, who reached category 4, and now Irma.