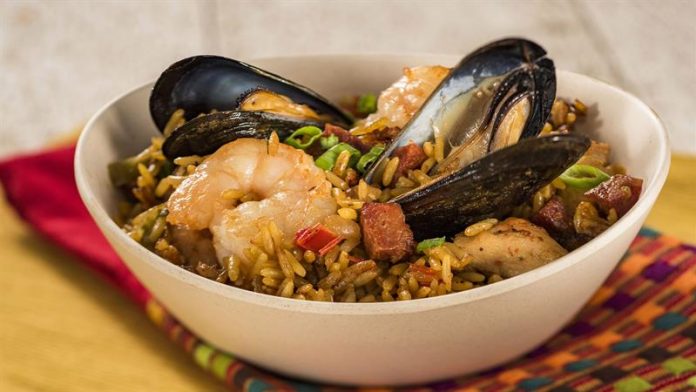 The twenty-second edition of the International Food and Wine Festival of Walt Disney World kicked off Thursday at Epcot Park on a culinary tour of the menu of 35 international cuisines, a number that alludes to the anniversary of the founding of this theme park in Orlando, in central Florida.

The present edition of the festival, which was inaugurated today, also welcomes the representatives of Spanish gastronomy, after seven years of absence, and which is presented as one of the protagonists of the feast that increasingly stands out the fusion of flavors of the exquisite Latin recipes.

In total, 177 culinary events make up the festival program that seeks to please the varied palate of the thousands of diners arriving every year from all over the world to enjoy the event, one of the main attractions offered by Epcot Park during the fall.

Visitors, without leaving the park, can go from country to country enjoying the best flavors, from wine tastings or dishes with different seasons, to attend presentations by famous chefs or to the interactive demonstrations and seminars of famous international cuisine.

Even the youngest of the family will have their special menu and will be able to go out in search of the treasure, the favorite dish of the famous mouse chef of the animated film of Disney Ratatouille.

Visitors, on their walk through the pavilions, will not be able to resist the attraction of the Spanish market, where the smells of charcuterie, paella and freshly baked desserts will transport you to authentic flavors of traditional Spanish cuisine presented with a magic whip of Disney.

The tasting of Spanish cuisine also offers the typical paella with shrimp, mussels, chicken and crusty sausage or the sweet olive oil cake prepared with powdered sugar and lemon curd.

This year, five new markets join the party to become 35 participating countries, a number that refers to the anniversary of the park to be held on October 1 within the framework of the festival.

Some of these new countries promise to make their mouth water with vegetarian dishes such as Madras Red Curry or pistachio cardamom cake that will transport diners to the exotic cuisines of India, one of the countries that returns to the festival after nine years of absence.

During the tasting, visitors will be able to enjoy a series of “Eat to the Beat” concerts, which as its name suggests, envelops diners in a gastronomic experience to the rhythm of the music that animates the dance.

This edition of the festival, which for the first time will last 75 days (three days more than in previous years), includes 225 live concerts of different bands of rock, pop and other genres.

Also, the “Mézclalo, Hazlo, Celébralo” meeting, which debuted last year, will allow diners to interact with chefs, cooks, bakers and mixologists, among others, and may even be special guests at the chef’s table. become momentary chefs while learning or perfecting their cooking skills at gastronomic seminars.

The Walt Disney World International Food and Wine Festival is held at the Epcot Park facility in Orlando, Florida, from August 31 to November 13.

The entrance to the festival is included in the cost of the ticket to access the park Epcot, which also allows entry to the concerts, but does not cover meals or drinks outside the samples offered.