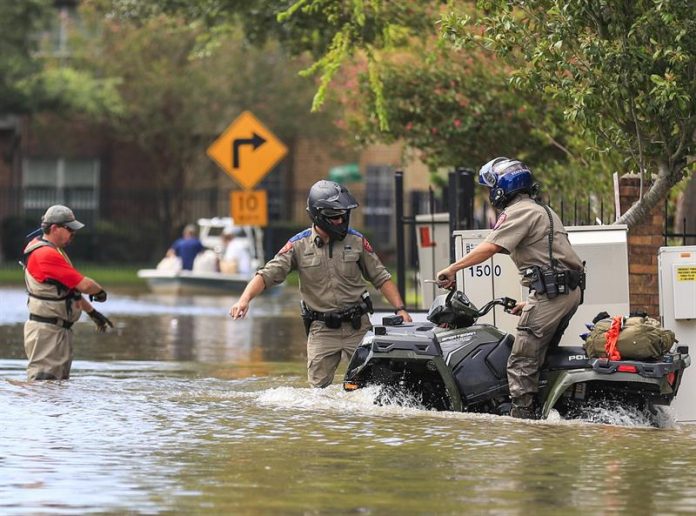 A visiting professor at the University of Tampa was expelled after suggesting in a social network that the destruction caused by Hurricane Harvey in Texas was an effect of “instant karma” on this state because of its republican orientation, local media gathered today.

Kenneth L. Storey, a professor of sociology at that university, was fired from his post after suggesting in his Twitter account last Sunday that there was a relationship between the ravages Harvey caused in Texas and the republican orientation of this southern state American.

The controversial “tweet,” which was deleted from the account, said, “I do not believe in instant karma, but something like that feels for Texas. I hope this helps them realize that the GOP He cares about them. ”

Later, Storey pointed out that the “good people” in the red states like Texas and Florida “need to do more to stop the evil that their state pushes.”

And he continued, “I’m just blaming those who support the GOP there,” the Tampa Bay Times reported.

As the teacher’s comments appeared, so did the anger of netizens, to the point that the name of Storey was incorporated into a website called Professor Watchlist.

This is an initiative that aims to “document and point out university professors who discriminate against conservative students and promote leftist propaganda in the classroom.”

This Tuesday Storey ceased to be a visiting professor at the University of Tampa (UT).

In a statement, the university dissociated itself from Storey’s comments and stated that the academic center “does not reflect the views or values ​​of the UT community.”

“We condemn the comments and the feeling that comes out of them and understand the pain that has caused this irresponsible act,” added the university.

Harvey, who entered Texas on Friday night as a powerful category 4 hurricane, a maximum of 5, has moved east to Louisiana, but has left catastrophic floods in Texas, in addition to more than twenty Of dead and 17,000 displaced.