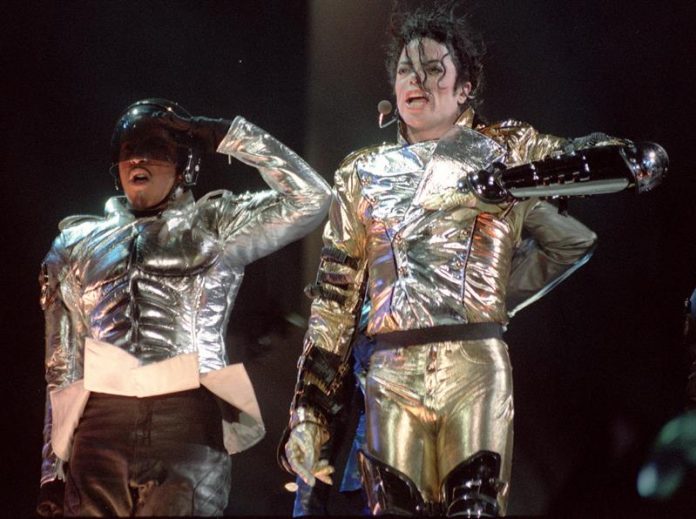 At the age of 29 he had the world at his feet after releasing “Thriller”, the best-selling album of all time in 1982, but with the album “Bad” (1987), now three decades old, Michael Jackson To the challenge of flying even higher and to beat what seemed insurmountable.

“There was a lot of tension because we felt we were competing against ourselves,” explained the King of Pop in his autobiography “Moonwalk,” published in 1988.

“No matter how you look at it, people would always compare ‘Bad’ to ‘Thriller.’ You can always say ‘oh, forget about Thriller’, but no one will,” Jackson added, before admitting that in the background Expectation was to him “a slight advantage” because his best work always came “under pressure”.

Five years had to wait their fans to savor the continuation of “Thriller”, a worldwide phenomenon that according to the Guinness Book of Records continues to be the best selling album of the history with 66 million copies.

The revolutionary video of “Thriller,” a clip that changed the rules of musical promotion, huge hits like “Beat It” or “Billie Jean” and the eight Grammys for this album confirmed Jackson’s great star status in the 1980s , To whom only Madonna and Prince could look into the eyes in that decade without leaning at all.

“Why did it take me so long to do ‘Bad’?” The answer is that Quincy Jones (his legendary collaborator) and I decided that this album had to be as close to perfection as it was humanly possible.A perfectionist has to take his time : It shapes, sculpts and sculpts that thing until it’s perfect.It can not leave it before being satisfied, it can not, “Jackson said.

The truth is that in that luster between “Thriller” and “Bad” the singer was not idle, not at all strange for an artist who started as a child prodigy under the umbrella of the Motown label and who lived his youth without removing his foot from the accelerator.

In 1984 he returned with his brothers Jackson to edit the album “Victory”, in 1985 he wrote four times with Lionel Richie the supporting single “We Are The World”, and that same year acquired the lucrative catalog of songs of The Beatles, a play Teacher in the field of business but also a purchase that ruined her friendship with Paul McCartney.

Once locked in the studio, Jackson and his team decided that for the new album they wanted to show a harder facet of the singer, sharper, more direct, as seen in the clip “Bad” directed by Martin Scorsese, Taught the King of Pop engaged in street squabbles in front of a young Wesley Snipes.

“All the excitement (in his life) was starting to pile up, so I told him I thought it was time for him to make a very honest album composing all the songs,” said producer Quincy Jones in an interview published today by Rolling Stone magazine.

“Bad” went on sale on August 31, 1987 and included romantic ballads like “I Just Can not Stop Loving You” against the insinuations of “The Way You Make Me Feel” or the electric and dangerous impulse of “Smooth Criminal”.

The album also featured the collaboration of Stevie Wonder in “Just Good Friends” and their recording sessions gave rise to a Jackson song sung in Spanish: a version of “I Just Can not Stop Loving You” which, after the translation Charged to the Panamanian Rubén Blades, was baptized as “Todo Mi Amor Eres Tú”.

“Bad” sold more than 30 million albums and set a new record by placing five singles from the same album on No. 1 on the hit chart, a label that in 2010 was tied by Katy Perry with “The Tourist.”

But Jackson’s genius and talent shared space with his vulnerability and shyness as seen in Spike Lee’s documentary “Bad 25” (2012), in which his collaborators treat the musician as if it were a delicate porcelain vase Of incalculable value but located right on the edge of a table.

“Bad” took Jackson to his first major world tour, with spectacular artistic and economic results, but this album also culminated his dream trilogy after “The Wall” (1979) and “Thriller” and directed Jackson to a few years 90 Of scandals and little musical luck, as if after having crowned the Everest no longer it wanted to him to return to climb no more sum.