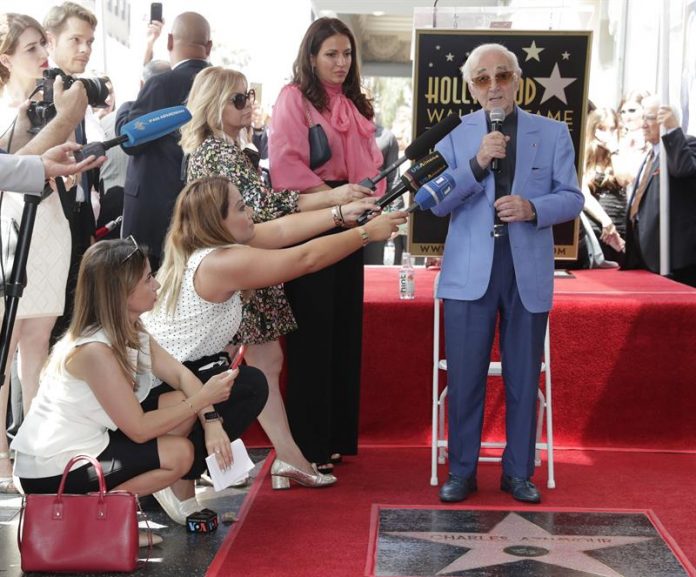 The legend of the song Charles Aznavour unveiled today its star in the Walk of Fame of Hollywood in Los Angeles.

Dressed in a suit of blue tones and sunglasses, the charismatic singer stressed that his French nationality and Armenian origins are inseparable as “milk and coffee.”

“French is my working language but my family language is Armenian,” said the artist to the joy of the many Armenian-born attendees who came today to see his idol on Hollywood Boulevard, an avenue that is also very close Of the Angelino neighborhood of Little Armenia.

Aznavour also said that, after releasing his star on the Walk of Fame, he also feels “a bit Californian.”

Aznavour, 93, is considered one of the most important figures of popular song of the twentieth century thanks to themes such as “La Bohème”, “Emmenez-moi” or “She”. 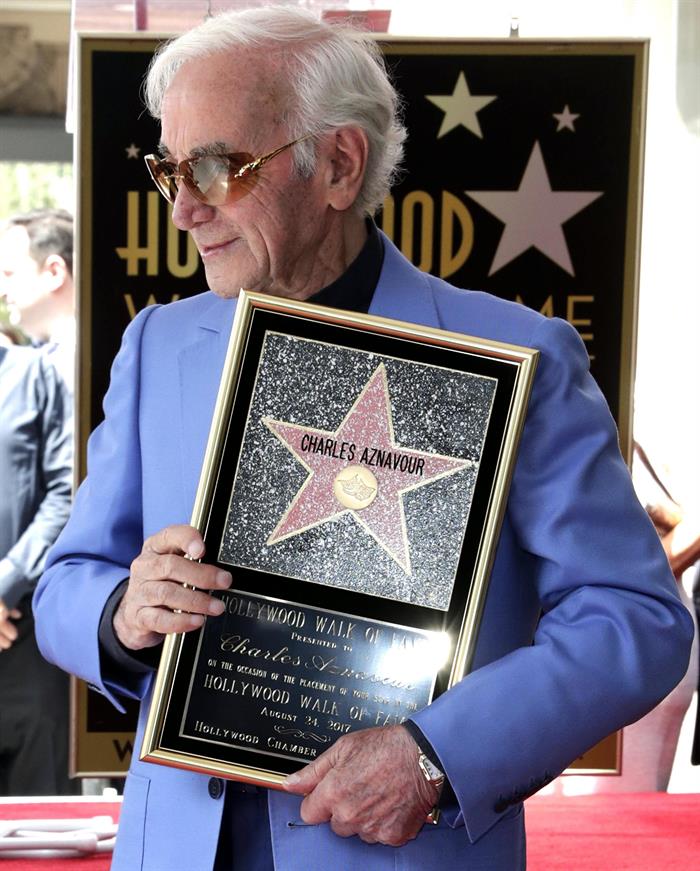