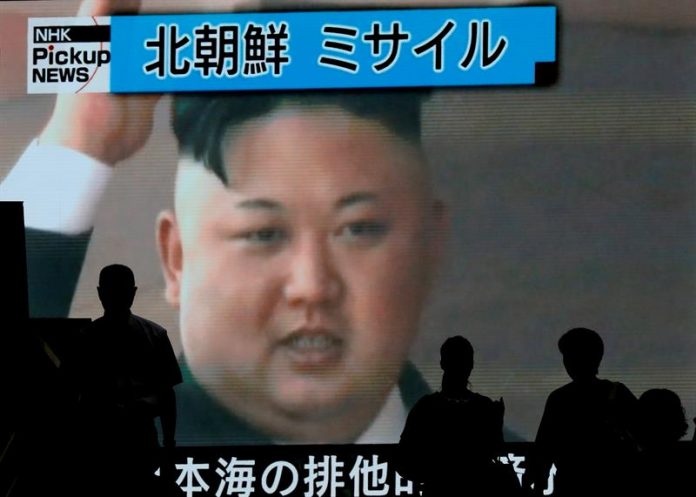 For the first time, the North Korean leader, Kim Jong-un, has met with a couple in the White House capable of bringing the rhetoric as close to the conflict as he is and, despite the possibility of unleashing an unpredictable war, In this dispute, dialogue is still likely.

Trump said Friday in his social network account Twitter that his weapons are “loaded and mounted” and military options are “fully prepared” if Kim Jong-un “Acts recklessly.”

That last part indicates that Trump has not planned a pre-emptive strike against North Korean military installations, something that has flown over the list of options after the Communist regime threatened to launch two missiles into the waters of Guam Island, Headquarters of a strategic naval base in the Pacific.

The North Korean regime said on Friday that Trump’s remarks “are a bunch of nonsense”, while he again threatened Seoul with reducing it to “a sea of ​​fire” if military attacks were launched against them.

Despite military rhetoric, Trump has not ordered any further deployment of force to the Korean Peninsula after the USS Carl Vinson aircraft carrier was withdrawn in June, with only the USS Ronald Reagan remaining in Japan to respond to a Military crisis that, if it were to occur, could have global dimensions.

Similarly, according to Robert Carlin, a veteran Asian expert and researcher at Stanford University, North Korea has been giving signals on its negotiating stance since July.

According to Carlin, the media have overlooked parts of statements by Kim Jong-un of last July 4, when Pyongyang tested a new intercontinental missile, repeated this week by North Korean Foreign Minister Ri Yong-ho.

They point out that North Korea will never negotiate its ballistic and nuclear development, “unless the US hostile policy and nuclear threat against the Democratic People’s Republic of Korea (official name of North Korea) is finished.”

The rhetorical crisis began Tuesday when US media revealed that they believe North Korea has gotten a nuclear warhead light enough to be launched on an intercontinental missile.

According to Fred Fleitz, vice president of the conservative Center for Security Policy, this leak was probably authorized by the Trump Government to force North Korea to negotiate on its nuclear ambitions, since the possibility that Pyongyang had built a nuclear warhead was already known in 2013.

However, it was last July that North Korea twice demonstrated that it has a new intercontinental missile capable of impacting on US territory, something considered by other experts as a North Korean attempt to strengthen its position against the new US administration.

According to Susan DiMaggio, a researcher at the New America Foundation, the US strategy is dual: “applying maximum pressure and maintaining contacts” with North Korea.

DiMaggio said in his profile that he facilitated the first talks between Trump team officials and North Korea, something that started in Oslo, Norway in May 2017.

These discrete talks, which have also been channeled through the United Nations, add to Trump’s attempts that China, a traditional ally of North Korea, will help reopen a dialogue on Pyongyang’s nuclear ambitions that now has more Visions of succeeding than in the past.

For the first time since 2008, South Korea has a progressive, traditionally more open government to talk to the Kims, something that could allow the reopening of the six-party talks on the North Korean nuclear program suspended in 2009, after several positive developments since its inception In 2003.

The arrival of a new government in Washington also reopens an opportunity for North Korea to secure economic concessions vital to the regime’s survival in return for abandoning its military ambitions.

The danger of this game of provocation and reading between the lines is that someone will push the pressure too far and trigger a conflict in which the US, China or Russia have interests, countries with the most powerful Armed Forces in the world and nuclear powers .

“What we have here is two leaders shouting at each other and it is very destabilizing … A miscalculation is the greatest risk of all,” Cristina Varriale, a researcher at the Royal United Services Institute, said Friday. Interview with NBC.