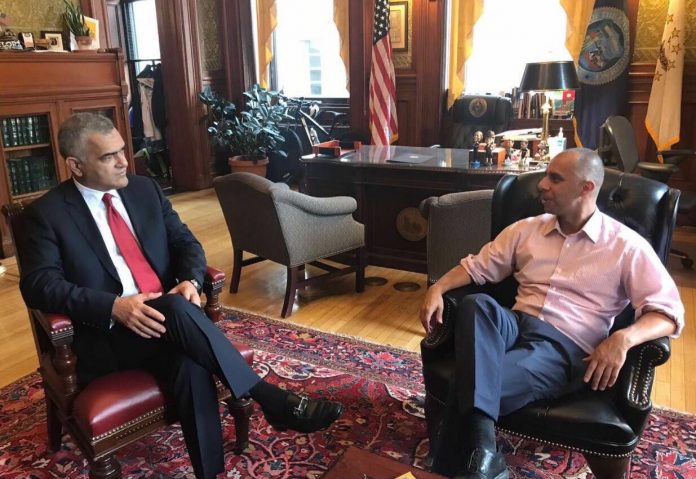 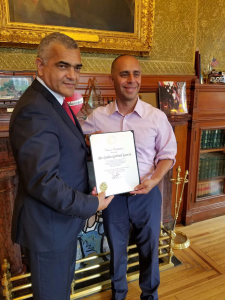 The Dominican official is in this North American city, was invited by the Mayor Jorge Elorza, who promotes a tribute to the Dominican flag, shaping its colors in one of the main avenues of this City of Providence.

Mayor Elorza, at the time of delivery of the parchment that declares Dr. Garcia, “Distinguished Guest of the City of Providence” said that this city was proud to have such a distinguished visit.

For his part, the Deputy Minister of Foreign Affairs Carlos Gabriel García, emphasized that he accepted the distinction with great humility, but with a high sense of citizen responsibility.

“I accept this distinction by understanding that it is a recognition of the prestige achieved by the Dominican community residing in this city of Providence,” said the Deputy Minister.