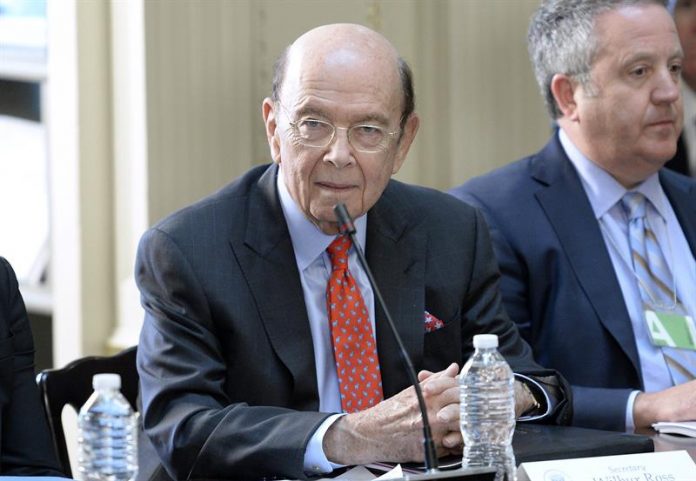 The trade deficit narrowed by 5.9% in June to its lowest level in eight months, with a balance of $ 43.6 billion, thanks to the increase in exports, the Government reported today.

However, in the first half of the year, which also coincides with the first six months of President Donald Trump’s term, the trade deficit stood at 276.597 billion dollars, 10.7% above the same period of the year previous.

Trump came to the White House with the promise of renegotiating trade agreements he considered harmful to the United States and penalizing imports of products that affect the national economy and the labor market.

The June figure beat expectations of analysts, who had forecast a deficit of 44 billion dollars, and is the second consecutive month of decline in the US trade balance with the outside.

In addition, the balance of services, traditionally in surplus, increased its positive figure by 2.4%, to 21.6 billion dollars.

All this contributed to the trade deficit remaining at its lowest level in eight months, although everything indicates that it will close the year with an increase of the deficit with respect to the previous year.

Trump’s threats against major trading partners with negative trade balance, such as Mexico or China, have so far not resulted in concrete measures.

The Republican administration has threatened Mexico with tariffs, with China taxing its steel exports, and denounced “very bad” trade with Germany.

On the contrary, the negative balance between imports and exports with China and Germany fell by 3% and 10%, respectively.

With the European Union (EU) as a whole, the deficit narrowed by 2.2% to $ 12.47 billion, while with Canada the deficit declined by half, to $ 624 million, Exports to the neighbor of the North American Free Trade Agreement (NAFTA), in which Mexico also participates.

Imports in June from OPEC countries fell 5% to US $ 6.079 billion, which is linked to the good performance of US hydrocarbons production thanks to the rebound of the oil barrel, Which makes national oil tar sands more profitable.

Imports from Venezuela, almost exclusively of oil, fell by 25% to 919 million dollars.

The negative trade deficit hinders the advance of the gross domestic product (GDP), although the United States has traditionally maintained a hefty negative balance supported by the significant weight of domestic consumption in the national economy.

Trade data for the first half of the year and the first months of Trump’s term are seen with greater interest as they could be used by the new administration to justify trade correction measures against some partners that the White House considers to benefit Unfairly from the opening of the US economy.

Promises to correct Trump’s US trade balance clash with the difficulty of curbing economies with a denser, export-centered industrial fabric than the US, such as Germany or Japan, or countries that compete most heavily in the production of Certain low value-added goods such as China.