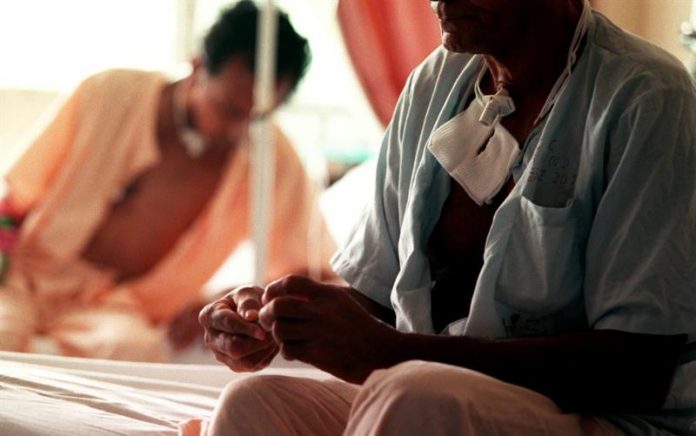 Cancer of the neck and mouth is affecting the population at an earlier age due to poor health habits of young people, said Mexican specialist Martin Granados.

“Patients are getting younger because they start smoking and alcohol consumption at an early age, or they have unprotected sex and these are the most common causes for this disease,” Granados told EFE.

In addition, he explained that although it is more common that these types of ailments occur in men, the frequency in women is increasing and even “is almost equaling.”

According to data from the specialist, only in Mexico, there are about 4,000 cases, 1,500 with cancer in the oral cavity, 1,500 in the larynx and the rest in other parts of the upper pathways of the organism.

“The problem is that people think that tobacco only affects when they smoke about 20 cigarettes per day, but the risk may even be for a lower dose,” he said.

Granados, head of the head and neck tumors department at the National Cancer Institute, said that one of the problems with this type of cancer is its difficult detection.

“Generally two-thirds of patients present with advanced tumors, this means that they have tumors that measure more than four centimeters or have spread to the lymph nodes in the neck,” he said.

Granados noted that the lack of training and organization of medical personnel and the health system in Mexico has also made the diagnosis of this disease can not be made early.

“We have to work on the first contact doctor to know these diseases because unfortunately that contributes to a late diagnosis,” he said.

He explained that many people, and even health personnel, often confuse the symptoms with those of other diseases such as sinusitis, pharyngitis, “so they ignore cancer in the early stages.”

Seventy percent of patients are diagnosed in advanced stages, so more than half die in the next two to three years, making neck and mouth cancer the sixth cause of death in Mexico, he explained. .

“And it is growing to a large extent by this lack of awareness in the sense that tobacco and alcohol are the most important causes,” he warned.

As for the health system, it indicates that it affects the patient’s slow pace of access to the specialist doctor, and there are few specialized centers to cover the needs, so that access to treatment is slow and costly.

“Many state services have oncology services but in general they are not complete with all three specialties: surgery, radiotherapy and chemotherapy, and it is difficult for someone to access treatment with their own resources,” he said.

He recommended paying attention to tobacco and alcohol consumption, but also to factors such as poor oral health, occupational exposure to wood dust and industrial products such as asbestos, heavy metals and radiation.

The specialist lamented that countries like Mexico and other nations in Latin America do not yet have National Cancer Registries to accurately measure the incidence and causes of this disease.

“In our country, the record is not being created, in others it does not exist. This makes comparisons difficult and can not plan or take the necessary forecasts in a timely manner,” he said.