Hundreds of Venezuelans protest surrounded by Mexicans who support Maduro

The US expands its blacklist on Nicaragua to coincide with...

Colombia assures that ELN leaders live “at ease” in other...

Venezuela condemns the recognition by the US of Juan Guaidó...

Daniel Ortega will take office on January 10 celebrating that...

Hundreds of Venezuelans demonstrated today in Mexico City against the election of the National Constituent Assembly of their country, surrounded by militants of Mexican social groups that support the government of Nicolás Maduro.

In front of the Venezuelan embassy in Polanco, Venezuelan citizens rejected the election day in the South American country and expressed themselves in favor of what they called in posters like “restitution of the constitutional thread”. 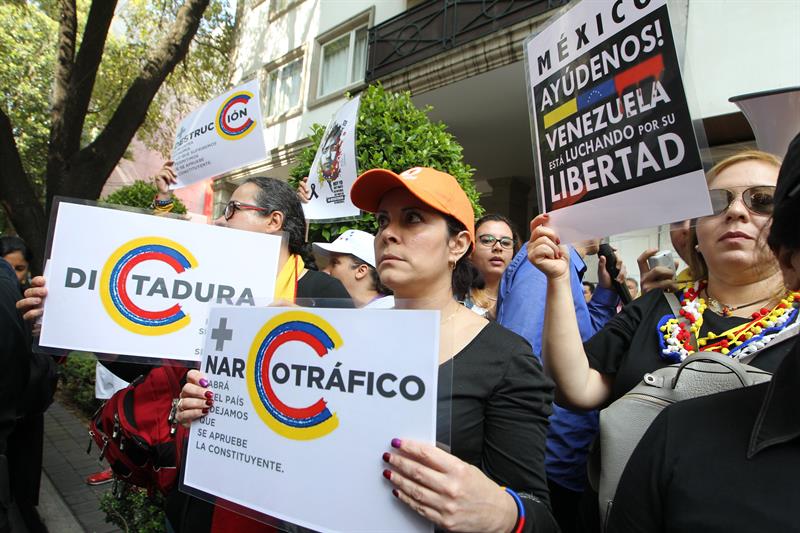 The Venezuelan Miguel Aponte, a telecommunications worker with few days of having arrived commissioned to Mexico by his company, commented to Efe that arrived at the embassy to support “to the majority of the Venezuelans who are against the Constituent, that what Wants to cut off all the powers of the Venezuelan people. ”

Aponte commented his surprise that the Mexicans who surrounded them were in favor of the Venezuelan president and the elections when “Maduro spends all the time talking badly about Mexico.”

María Eugenia Campo Orozco, nine years of residence in Mexico, told Efe that this demonstration is to show “our opposition against constituent fraud” and lamented that Mexicans are deceived about what is happening in Venezuela.

The demonstration was surrounded by several hundred Mexicans belonging to social groups who tried to silence them with slogans by Maduro, in favor of the elections and who called them members of the “Venezuelan right.”

Among the slogans chanted by the hundreds of Venezuelans as “I do not want a Cuban-style dictatorship,” the Mexicans shouted “Maduro, Maduro” and “go to Miami.”

Dozens of members of social organizations such as the Francisco Villa Popular Front, the National Plan Coordinator of Ayala, the Mexican Electrician’s Union (SME) and militants supporting Maduro arrived to the embassy.

These organizations have come “to support the electoral process in the South American country,” said the leader of the Mexican Coordinator of Solidarity with Venezuela, the Mexican Pedro Gellert.

One hundred police and riot police of the Ministry of Protection and Roads of Mexico City, appeared in the street of the embassy and were located between both groups to prevent physical frictions that could lead to violence. 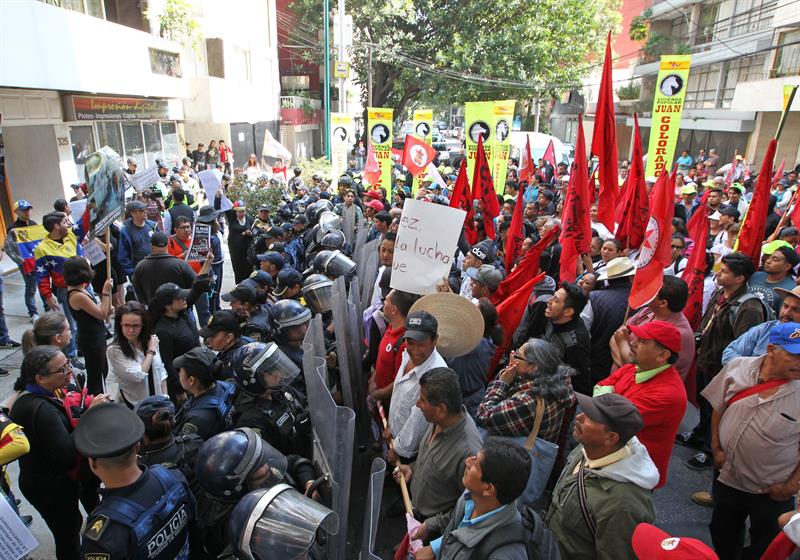 They emphasize that they are "stronger" when they work together and are committed to a "constant dialogue" The president of the United States, Joe Biden,...

The twenty-second edition of the International Food and Wine Festival of Walt Disney World kicked off Thursday at Epcot Park on a culinary tour...