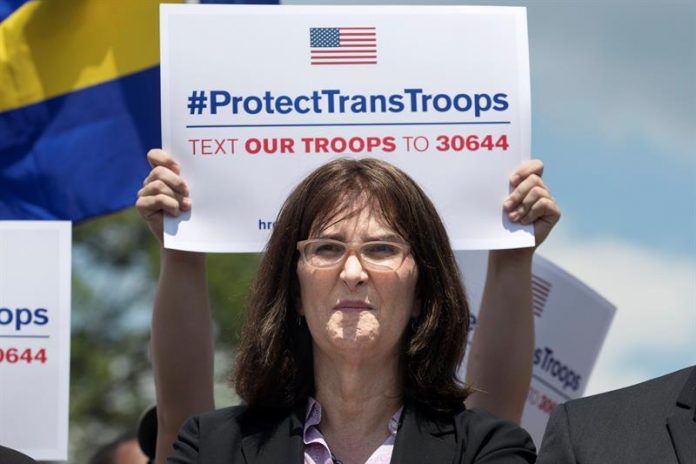 Activists, members of the LGBT community, politicians and congressmen harshly criticized the decision announced today by President Donald Trump to ban transsexuals from serving in the country’s armed forces.

The American Armed Forces were opened “with immediate effect” to the transsexuals in June of 2016 by decision of the government of the then president Barack Obama, but the recruitment of transgender people was due to begin next January after a forecasting process.

Trump, who announced his decision on Twitter, did not say when or how the ban will apply and how it will affect transsexuals already in the Armed Forces.

Senate minority leader Chuck Schumer rightly emphasized that there are already three Americans who “honorably serve” the Armed Forces and added, “We are with these patriots.”

“All patriotic Americans who are qualified to serve in our armed forces should be able to serve.” And that’s right! “, Emphasized former Vice President Joseph Biden.

“We should all be guided by the principle that all Americans who want to serve our country and be able to meet the standards should have the opportunity to do so and be treated like the patriots they are,” McCain said in a statement. Adding that Trump’s announcement is “confusing”.

According to former Defense Secretary Ashton Carter, who announced in June 2016 the opening of the Armed Forces to transsexuals, Trump’s decision sends “the wrong signal to a younger generation who is thinking about military service.”

On the other hand, ex-soldier Chelsea Manning, the first major source of WikiLeaks and who during her prison sentence revealed she felt like a woman, asked to stop calling him Bradley and underwent treatment to change sex, he said in his Twitter account That Trump’s ban “sounds like cowardice.”

And the Union for Civil Liberties of America (ACLU) called Trump’s action “desperate and scandalous” by stressing that there is a “clear consensus” that there is “no cost or disadvantage of military readiness” associated with Allow transsexuals to serve in the Armed Forces.

Trump has justified his decision, which he says he has taken after consulting with his “generals and military experts,” that the Armed Forces “can not be weighed down by the enormous medical costs and disruption that would entail the transgender.”