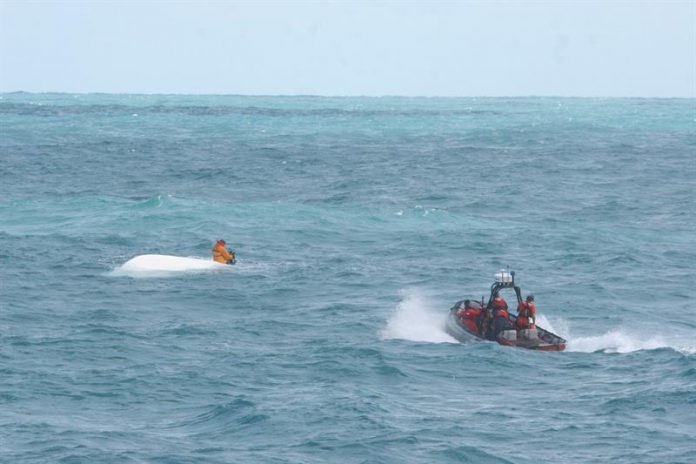 The families of two South Florida minors who have been missing since July 2015 set out to fish by boat in the middle of a storm are in court, as one of them sued the other for his alleged responsibility for what happened, Local media reported today.

Perry Cohen’s family filed a lawsuit on Friday for “negligence” against the parents of another missing boy, Austin Stephanos, and two other members of that family.

William Stephanos, father of Austin, said today through his lawyer that “there was no negligence” on his part, because he did not know that his son and his friend were going to go fishing and also custody of the boy Had his ex-wife Carly Black, also sued, according to the digital newspaper Mypalmbeachpost.com
The other two sued by Pamela Cohen before the Palm Beach County Courts are Austin’s grandfather, Richard Kuntz, and his stepfather, Richard Black.

The two boys were 14 when they were last seen on July 24, 2015 aboard the 19-foot Austin-owned boat, which was recovered from the sea in March 2016 by a Norwegian-flagged merchant ship to about 100 Miles off the shores of Bermuda.

Pamela Cohen, Perry Cohen’s mother, claims that the four defendants knew that teenagers were going out fishing on the high seas and that their son was “expressly barred” from doing so, the digital newspaper said.

He also says that Austin Stephanos’ father, seeing that they did not return, went looking for them on his own ship instead of warning the authorities and “delayed” in that way the start of a search operation at a time when “every minute Counted “.

In June, the Florida Department of Law Enforcement said that Austin’s mother had “a remarkable lack of judgment” by letting the boys go fishing on a ship that lacked communication and location equipment.