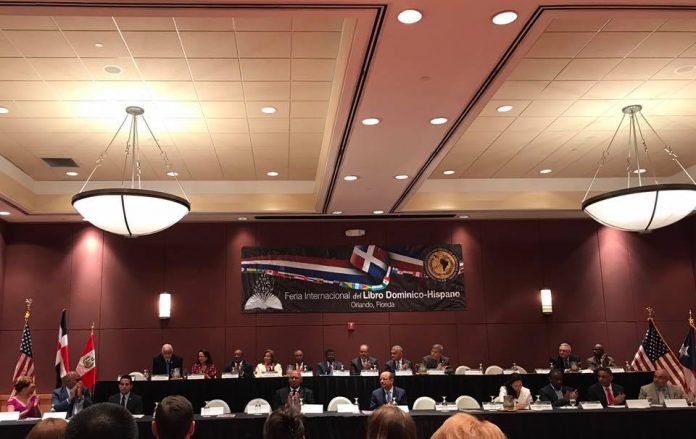 Orlando, Florida.- The 5th International Hispanic Book Fair was inaugurated this Friday in the city of Orlando, Florida with the presence of renowned writers and intellectuals from the Dominican Republic and Hispano-Americans.

Dr. Homero Luciano, president of the Latin American Organization of Social Assistance (OLAS), advanced the remarkable enthusiasm of Hispanics with the confirmation of leading personalities of letters and the arts, including Angela Hernández, National Prize Of Literature of Dominican Republic (2016), that dictated the Magistral Conference of the night of the Friday with the title “Life and Work of Don Pedro Mir”, National poet to whom this version is dedicated.

Dominican government officials, led by Minister Ramiro Espino, Executive Vice-President of CONDEX, Dr. Carlos Gabriel García, Vice Chancellor of the Republic, Dominican who this Thursday has just been declared a distinguished guest of the city of Orlando by Mayor Buddy Dyer Along with Deputy Mayor Jacinta Estevez of the Santo Domingo Este City Hall, are among the select list. 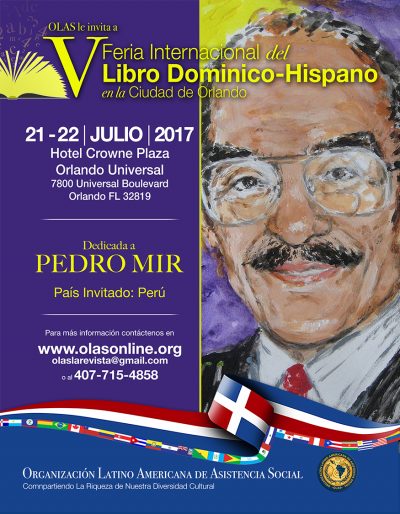 A delegation from the culture commission of the Senate of the Dominican Republic, made up of Senator Manuel Paula will be in charge of the conversation “Juan Bosch and Pedro Mir: Links of Two Great Dominicans of the Twentieth Century”.

Peru is the guest country of this edition and, within the framework of the event, the 2010 National Literature Prize Mateo Morrison, president ad-vitam of the Fair and the writer Julio Cuevas will lead the conversation “From Pedro Mir to Cesar Vallejo and Historical Links And Literary between Peru and the Dominican Republic.

They will feature internationally renowned speaker Jonathan D ‘Oleo, who will lecture on “Voice, Word and Money in the area of ​​leadership and entrepreneurship”.

Dr. Juan Carlos Ibarra, Honorary Consul of Peru, in the city of Tampa will have a joint participation with writers and exponents of the country’s folklore.

The fair is held at the Crown Plaza Universal Hotel on 21 and 22 July.