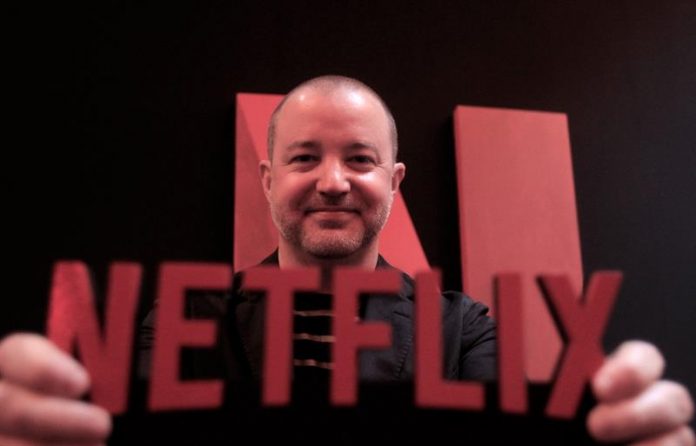 After revolutionizing the production of television series and consumption, Netflix redoubled its commitment to cinema today by presenting in the Comic-Con the film “Bright”, an overproduction that promises to further heat the debate about the entry of the digital platform In the film business.

Directed by David Ayer (“Suicide Squad”, 2016) and star cast Will Smith, starring Joel Edgerton, Noomi Rapace and Édgar Ramírez, “Bright” captured a lot of looks on the opening day of The Comic-Con of San Diego (USA), which until next Sunday will be the global epicenter of entertainment and popular culture.

The “Bright” team walked with all honors Hall H, the most distinguished room of the Comic-Con with capacity for 6,500 people, but much of the media echo about this feature revolved around the entry of Netflix In the cinema and whether or not this movement of the digital giant will benefit the creators.

Industry circles are fuming with this theme, especially after the controversy at the last Cannes festival when two tapes of Netflix, “Okja” by Bong Joon Ho and “The Meyerowitz Stories” by Noah Baumbach, were part of the official competition.

Subsequently, the contest was forced to modify its rules so that next year the films that fight for the Palm of Gold must be released in big screen.

Faced with this issue that could alter the traditional scheme of distribution and film production, it seems that the totems of the industry are forced to position themselves in favor or against Netflix and the power of its financial muscle.

So, filmmaker Christopher Nolan, who premieres this week “Dunkirk” and advocates for the exceptional of the big screen, said in a recent interview with the media Indiewire that Netflix has a “strange aversion” to support the premieres in cinemas and Charged against the “nonsense policy” of matching the launches in “streaming” (online broadcast) and in rooms.

But on the other side are also voices of weight such as director Martin Scorsese, who has gathered Robert De Niro and Al Pacino for his film “The Irishman” produced by Netflix and which will have an estimated budget of about 100 million dollars.

Against this background, director David Ayer and actor Will Smith took part today in the debate during the press conference on “Bright”, which will be released in December and which according to some estimates has also cost about 100 million dollars.

“I have a 16-year-old daughter, a 19-year-old girl and a 25-year-old daughter, so her habits as spectators are almost anthropological … They still go to the movies on Friday and Saturday evenings, but see Netflix all week They are two completely different experiences, “Smith argued.

For his part, Ayer highlighted “creative freedom” and the support he had to make “Bright” possible, a freedom that, in his opinion, might have been more difficult to achieve in a traditional study.

Thus, the director said that with this project had the “feeling” of doing something “different” and “special” and stressed the trust they gave him since Netflix.

And Smith sharpened this idea by pointing out that the main difference of the digital platform is that its subscriptions system allows them to assume greater risks.

“Netflix can make a tough R-rated movie (only for adults or accompanied children) for $ 170 million. Studios can not do that if their executives want to be working the next Monday. That expand your audience, which means it has to be PG-13 (with sensitive material, but allowed to minors), “he said.

Beyond the business discussions, “Bright” unveiled today its first trailer, which shows a Los Angeles in the present time but in which inhabit orcos, humans and elves.

Ward (Will Smith) is a human policeman who collaborates with the official orc Jakoby (Joel Edgerton) to overcome their differences and protect a powerful object that in the wrong hands could provoke a catastrophe.

Smith and Edgerton are joined in the cast of “Bright” by Noomi Rapace, Lucy Fry and the Venezuelan Édgar Ramírez.

Also, Netflix took advantage of the Comic-Con today to announce some details of the film adaptation of the sleeve “Death Note”.

The digital platform has so far produced feature films such as “Beasts of No Nation” (2015) with Idris Elba and “War Machine” (2017) with Brad Pitt, while this year also plans to release “Our Souls at Night” with Robert Redford and Jane Fonda.