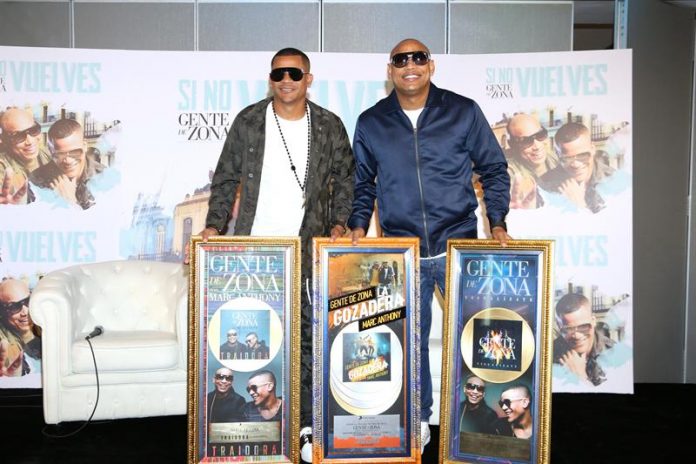 Zone People’s leader, Alexander Delgado, affirmed today that the musical group he founded 16 years ago does not make reggaeton, but a mixture of Cuban music that makes them sound different.

“We really do not do reggaeton, we just mix all the influence of our Cuban music and this gives us an identity that makes it sound a bit different from the others,” he said when presenting in Mexico City his new song with Mexican interpreter Carlos Rivera , “If you do not return”.

The interpreter defended that the industry does not identify the music of Gente de Zona with a single genre, due to this mixture of rhythms (chachachá, son and timba, among others) and Cuban culture, which has allowed them to collaborate with all kinds of artists On their next album, including Jennifer Lopez.

Randy Malcom, also a member of Gente de Zona, celebrated that the group, famous for songs like “La Gozadera” and “Traidora”, “has managed to enter every heart of every generation.”

“We take great care of the lyrics”, since “they listen to many children, people of all age … You can say many things knowing how to say well, without offending, without a bad word, and make music,” he said.

Malcom stressed that it is not a problem of a musical genre and recalled that when the sauce entered the eighties in New York “it was not the best view.”

In that sense, he pointed out that when a singer or musical group begins to “embrace masses” he gradually gives up that aggressive language. “You have to be careful just in what you say, it’s not a musical genre problem,” he said.

For his part, Delgado stressed that both reggaeton and Cuban music were born “in the street and most of their language is strong,” but said that “reggaeton of the beginning was not the same” as now.

“I think everything depends on the artist, whatever you want to say. In recent times there have been several contradictions with artists who narrate a speech in their song and then become a bit aggressive when it comes to putting together their texts,” he said.

He asserted that one of the reasons why the aggressiveness in the lyrics has been lowered is the public, since the singers of urban genre have followers of several generations, from children to old people. “I think it all depends on the attitude,” he concluded.

On the song “Four Babys”, Colombian singer Maluma, who criticized social networks for sexually explicit and sexist content, Delgado said “every artist is free to do what he wants.”

“I respect him, but it’s not something I would do, it’s not what I’m defending,” he added about Maluma and other urban genre singers with more aggressive lyrics.