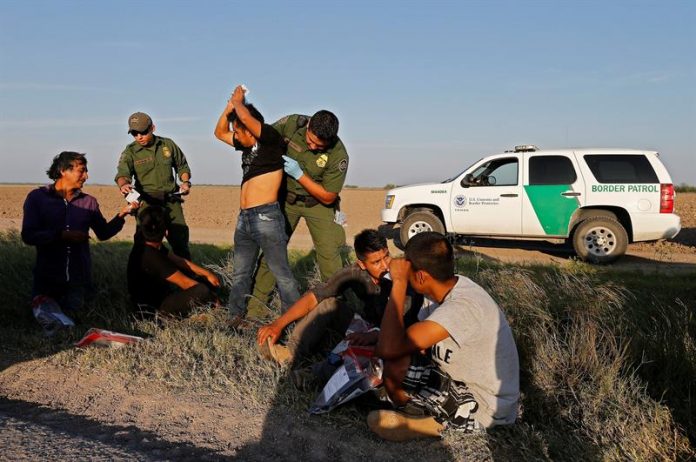 The Arizona Tucson Border Patrol reported today that undocumented immigrants who cross the border illegally through the Arizona desert will face charges, including those who are trying for the first time.

The federal agency said in a press release that it has reintroduced a policy that seeks to dissuade illegal immigration by prosecuting anyone who attempts to cross the border illegally and no matter what the first time it tries.

During the last month of June, when this initiative was implemented, 565 illegal immigrants who had tried to cross the border illegally for the first time were prosecuted.

All of them faced a misdemeanor charge for violating the immigration laws of this country, specifically Title 8 of Code 1325 of the United States.
These charges can be cumulative and if the person is arrested attempting to re-enter they may face a felony charge.

The Tucson Border Patrol, which covers 90 percent of the Arizona border, said the main purpose of this measure is to discourage immigrants from risking their lives to cross illegally through the inhospitable Arizona desert.

The agency, which is trying to get the western desert area of ​​Arizona to become a “less desirable” area to cross, has now shifted some of its resources to this region where there are the largest number of ransoms, deaths and apprehensions.

The agency said that only during the month of June 80 people were rescued on the Arizona border, on days when temperatures above 110 degrees Fahrenheit have been reported.

Legal experts told Efe that undocumented immigrants who are being prosecuted by the Border Patrol and facing charges rarely spend more than a week in detention, but the charge against them remains the record, making them immediately ineligible to enter Legal future in the United States.

The federal agency had implemented this policy years ago but was suspended giving priority only to cases of people who had been arrested more than once trying to cross the desert.