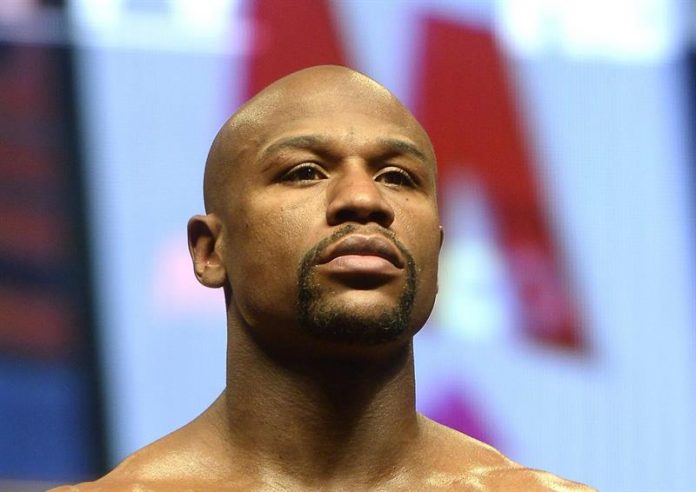 Floyd Mayweather used the Irish flag and imitated Conor McGregor’s way to make fun of him, while the European ‘stole’ the portfolio of the American pugilier and criticized the little money that was in it this Thursday in Toronto in the second face-to-face before Of its fight of the 26 of August.

‘Money’ Mayweather looked more challenging this time, unlike the first meeting between both fighters Tuesday in Los Angeles, and came dancing to the specially mounted stage.

He immediately approached the public, asked for a flag of Ireland, put it on his back and began to walk like McGregor, and then lay down for almost a minute while looking at his rival.

‘The Notorious’ McGregor, again dressed in a tight blue suit, grabbed Mayweather’s wallet, opened it, and said, “Just five thousand dollars? Is that all you’ve got here?”

The Irishman, who in mixed martial arts has dominated the featherweight and light divisions of the UFC (Ultimate Fighting Championship), reiterated in this second face-to-face the supposed economic problems that Mayweather claims to have.

The American boxer, seeing McGregor blame him for lack of money, stood up and threw the flag at the same time he ridiculed her saying it was nothing more than a present.

Mayweather, world champion in five categories: super featherweight, lightweight, super lightweight, welterweight and superwelter, will meet McGregor, who has never made a pro boxing fight, on Aug. 26 in Las Vegas in a boxing match.

The American boxer will win a purse close to 300 million dollars, while the Irish fighter will get one of around 100 million.
This Thursday, both will be on the third face-off in New York and Friday will be the fourth and final in London.