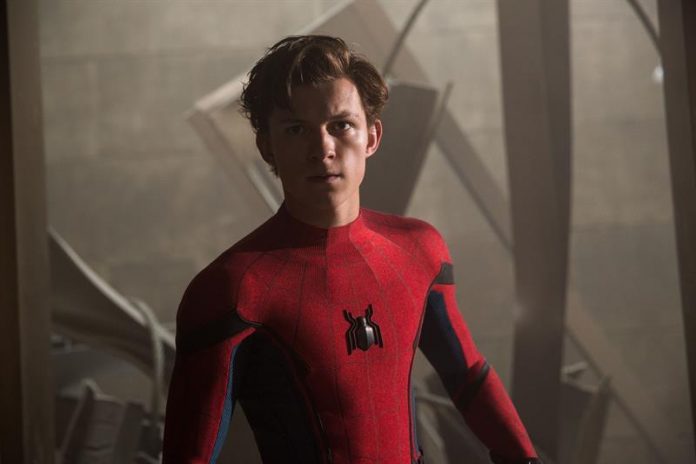 “Spider-Man: Homecoming” became the fourth premiere of the year that surpasses the $ 100 million barrier (“Beauty and the Beast”, “Guardians of the Galaxy Vol. His case reaching 117 million, reported today the specialized website Box Office Mojo.

It is one of the most powerful debuts in the history of the Sony Pictures studio and the second strongest of any movie starring Spider-Man 3, which entered 151.1 million in 2007.

In the film, young Peter Parker (Holland) tries to combine his student life in high school with his superhero adventures for which he has Iron Man (Downey Jr.) as mentor and counselor.

The second place went to “Despicable Me 3”, with 34 million dollars.

Directed by Pierre Coffin and Kyle Balda, the film shows how Gru (with voice in the original version of Steve Carell) meets his lost brother, Dru, and together they fight supervillain Bratt, a former child star of television fallen in disgrace And who claims revenge against Hollywood.

In third place is the action movie “Baby Driver”, with 12.8 million dollars.

This work by the British Edgar Wright tells how a young lover of music and with great talent for the driving (Ansel Elgort) meets the girl of his dreams (Lily James) while working for criminals with whom he must commit a series of robberies Before being released from his duties.

The fourth place went to “Wonder Woman”, with 10.1 million dollars.

The film, starring Gal Gadot and Chris Pine, tells the origin of the superheroine since she was known simply as Diana, princess of the Amazons, until she meets a pilot who discovers the war that is taking place in the world And decides to fight in the allied side of World War I.

Finally, “Transformers: The Last Knight” took fifth place thanks to its $ 6.3 million.

In this installment, after the disappearance of Optimus Prime, a new war between the Transformers and humans threatens to destroy the world, something that will try to prevent the characters of Mark Wahlberg, Josh Duhamel, Anthony Hopkins and Isabela Moner.