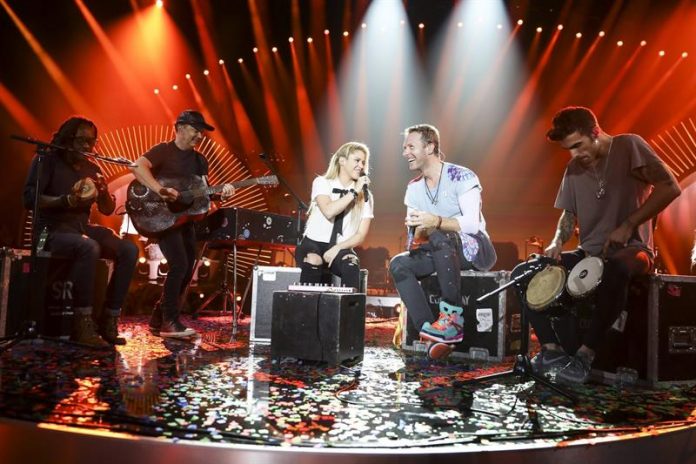 The Colombian singer Shakira went through Hamburg willing to move the G20 leaders, the German Angela Merkel to the Argentine Mauricio Macri, her voice in favor of universal access to education, and urge them to get to work on it.

“I would like to see Merkel, a highly respected leader, more involved in helping education, not just education in Germany, but poor countries. I would say, like the rest of the leaders, ‘walk, Work the future of the children, ‘”said the singer Barranquillera in an interview with Efe.

Shakira, one of the stars of the Global Citizen Festival along with the group Coldplay, celebrated the eve of the G20 summit, said that “we live in a world so globalized that we can not turn our backs on those who are not well and Confine ourselves to taking insular, domestic measures. ”

“Nothing that happens in one part of the world does not affect the rest,” he says, “we can not think that in a rich country things are good, when half of the child population will not complete their school education or will not develop The necessary skills, because he will drop out of school to go to work “.

“I met him in 2005, since then we have continued in dialogue,” he says. “Shakira took his message to the Global Citizen,” said Gordon Brown, UN ambassador for Global Education. A festival committed to the struggle for a better world.

“We have an alliance to advance the creation of a funding body, similar to those in the fight against malaria or AIDS, applied to the goal of access to education,” he said of his work with the British politician.

The singer has already made this commitment in other forums, such as Davos, the great event in the economic and business world that is held every year in that Swiss city, is a goodwill ambassador of UNICEF and creator of the Pies Descalzos Foundation, Aimed at promoting public education for all in Colombia.

In addition, it collaborates with ALAS, a non-profit organization created by a group of Latin American leaders to promote the integral development of early childhood in the Region.

With Brown’s support he has recruited 140,000 signatures supporting his initiative, centered on the fourth declared goal for Sustainable Development, which is universal access to education by 2030.

On this occasion, its scene was Hamburg, a city turned into a bastion by the enormous security device deployed before the appointment of the leaders of the twenty great economic powers or emerging countries, shaken by violent disturbances since yesterday.

“Violence is never the solution.There are forty conflicts in the world today.People want to hear their criticism of leaders, but these issues must be placed at the center of the discussion through chats, at the workplace , With our colleagues or neighbors, “he said.

She herself, she said, tries to explain “to little” to her children, and the footballer Gerard Piqué, that “education is not a luxury”, but a right.

The hamburger festival was attended by several G20 leaders, such as Canada’s Justin Trudeau, Norway’s Erna Solberg or Macri himself, as well as German Vice Foreign Minister and Minister of Foreign Affairs Sigmar Gabriel.

Macri, who will chair the G20 in 2018, invited the crowd to come to Buenos Aires next year to maintain their commitment to the better world they represent, and especially to Shakira.

“I’m sure I’ll be there,” said the singer, proud as a Colombian that Latin America could be the next stage in the annual meeting of the Global Citizen, and also “transferred to President Macri the responsibility to take on those commitments.”

Regarding another compromise on the stage, when the Argentine leader expressed his desire to have in Buenos Aires “the opportunity to dance and sing with Shakira,” the singer was both ironic and skeptical.

“To dance, we have to discuss,” he answered, to the question of whether he accepts such a challenge. “But working together for universal access to education is urgent and important,” he said.