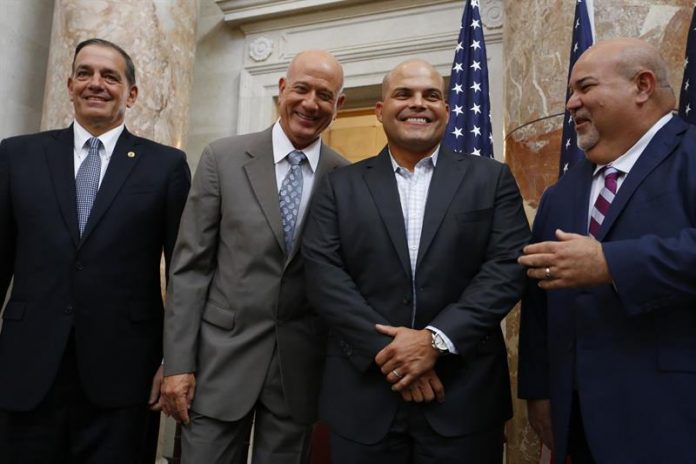 Two ex-governors, Pedro Rosselló and Carlos Romero, and the former Iván Rodríguez, recently chosen along with two other expelters to the Baseball Hall of Fame, will be some of the members of the Commission for Equality for Puerto Rico.

The commission’s goal will be to fight for statehood on the island in the US capital.

This was announced today at a press conference in La Fortaleza – the executive’s seat – the governor of Puerto Rico, Ricardo Rosselló.

In addition will be part of the same the exlegislator Charlie Rodriguez.

They will all be in charge of working before the Congress in Washington to create an environment conducive to annexation.

That plan is included in the so-called “Tennessee Plan,” which provides for a mission to Washington to present the outcome of the plebiscite on the status of the island held on June 11 and to approve it before Congress in Washington DC.

The Commission, Rosselló recalled, will not accrue public funds.