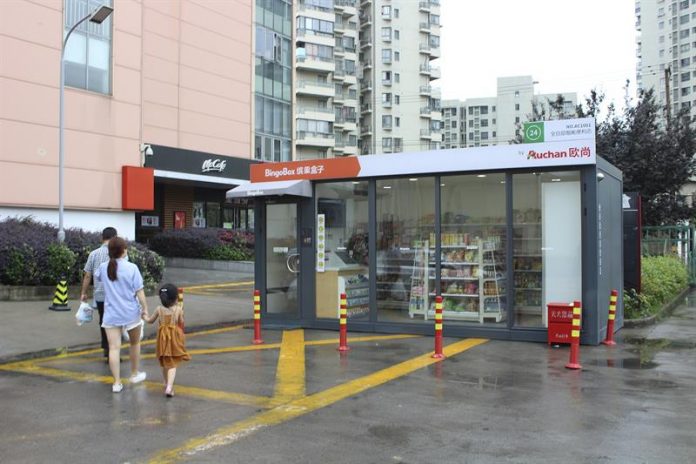 While in the United States companies continue to test and the projects of big companies like Amazon do not just start, in China there are several companies that have opted for the convenience stores without personnel that promise to extend without pause by the country.

Although with stores much smaller than the prototype presented months ago by the American giant Amazon, Amazon Go, a Chinese company says it will soon be ready to fill the country with stores that work without staff and where the customer enters and pays through Of mobile applications.

“People like new things and the products we sell are cheaper because it saves staff costs,” Efe Alvin Zheng, chief operating officer of BingoBox, told Efe.

A few weeks ago, the company opened two stores in Shanghai, east of the country, while six more in Zhongshan (south) have been operating since last year. According to sources confirmed the company, before September this year they plan to open about 200.

Now the open shops have an agreement with the French supermarket chain Auchan, although the company did not specify if the next establishments will also have its sponsorship.

The store is a cubicle of about 18 square meters and to enter the customer has to scan a QR code on the door, which closes immediately after the buyer agrees. 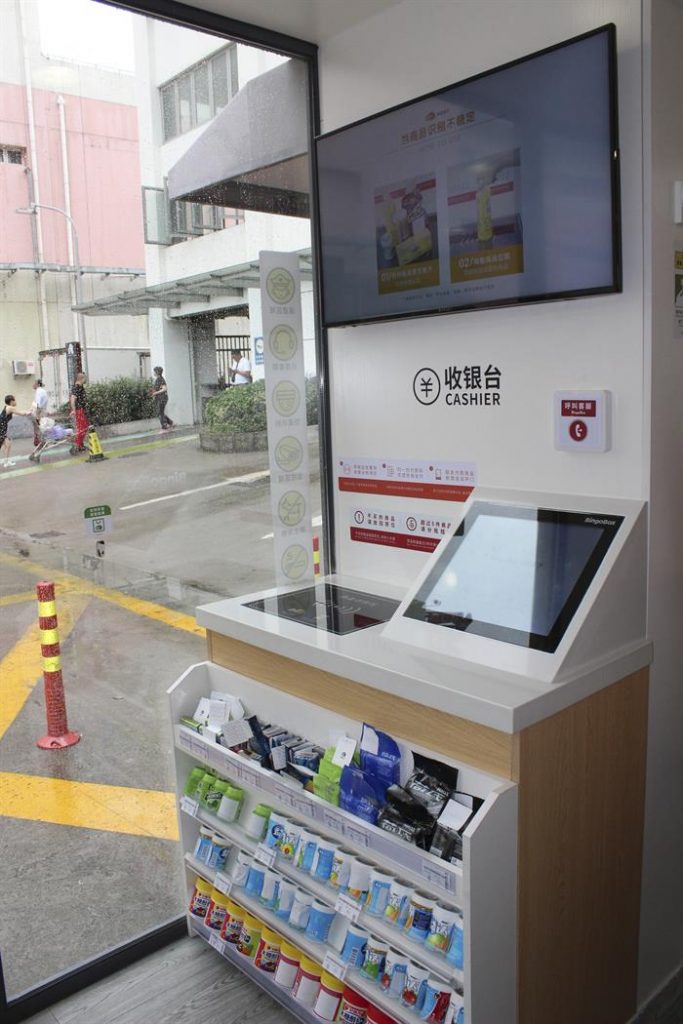 In its interior predominate the soft drinks and the snacks, the dairy products and basic necessities. Although the most successful, says Zheng, are the products of feminine hygiene and condoms or sex toys, since the Chinese “are very shy” and use to buy these things without anyone seeing them.

Although the truth is that each corner of the cubicle is protected by a security camera that controls, for example, that the client does not consume anything inside without paying.

Once they select their products they are scanned in a machine and paid through the mobile for popular applications such as Alipay (from the Alibaba group) or WeChat. When the client approaches the door this opens, as long as the payment is correct.

If there is any attempted robbery, Zheng explains and demonstrates, an audible alarm sounds. If the customer uses the output of another person to check out without paying, he says, the cameras capture it and an alert comes to your mobile to pay through the above applications.

Since these applications require a pre-registration in which the user provides numerous personal data, the thefts that have been registered have not been significant, explains Zheng.

But BingBox is not the only company in China that is betting on this new model of retail. According to the economic portal Caixin published this week, China’s convenience store operator F5 Future Store has raised 30 million yuan (4.4 million dollars, 3.8 million euros) in its latest round of fund-raising to expand .

With a store in the southern city of Guangzhou, the company plans to open 30 to 50 stores in up to six months. In addition to the shelves of the products, the store has a dining table that is automatically cleaned by robotic arms.

In the United States, e-commerce giant Amazon announced late last year the launch of Amazon Go, which allows buyers to enter, buy products and leave without interacting with anyone, but eventually delayed its implementation due to problems in its operation.