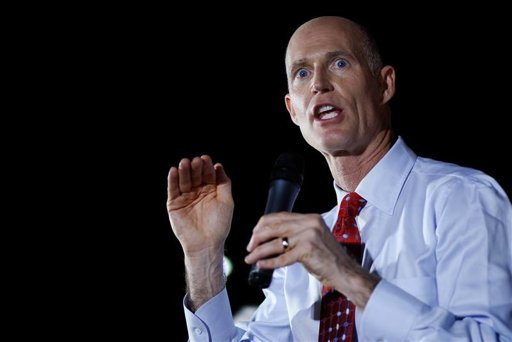 Attorneys for Florida Gov. Rick Scott and state prosecutor Aramis Ayala today aired their arguments in the state Supreme Court, which examines the Republican’s authority to relieve her of cases for excluding the death penalty.

Ayala’s defense noted that state law gives him the right to choose how to handle capital punishment, while Scott’s said the constitution allows him to intervene.

“I did not break any laws, did what I thought was appropriate under Florida law,” Ayala told reporters as he left the Florida Supreme Court in Tallahassee, the state capital.

Scott stripped Orlando and Osceola County prosecutors in April of a dozen cases of first-degree murder because of his refusal to consider the death penalty.

In March Scott had already removed Ayala from Markeith Loyd’s case, accused of killing his pregnant ex-wife and a female police officer, after the prosecutor announced the same day that he would not pursue capital punishment against that or any other defendant.

“Nothing in Florida law requires state prosecutor Ayala to seek the death penalty,” his attorney Roy Austin told the hearing before the Supreme Court’s judges.

However, some of the judges of the Supreme Court, who did not detail when they will have a decision, today showed skepticism about it.

The discretion “is not to ignore Florida law,” said Judge R. Fred Lewis, while Judge Barbara Pariente also expressed concern about maintaining “equality in the fulfillment of the death penalty statute.”

Ayala, who seeks to overturn Scott’s order, has had the support of more than 40 Florida judges and prosecutors, who were also against the governor’s “interference.”

They warn that the Republican’s decision “threatens the basic principle of the independence of the Office of the Prosecutor.”

In 2016 the US Supreme Court Considered “unconstitutional” the way this penalty is applied in the state, which generated a legal limbo of this punishment in the state.

Last December, the Florida Supreme Court ruled in favor of reviewing some 200 of the 400 death sentences after deciding two months before an inmate’s death sentences were to count on the “unanimous” recommendation of the jury.

The federal High Court had held that the state of Florida gives much power to the judge and that the jury only plays a consultative role in recommending the death penalty.

Since 1976, 92 inmates have been executed in Florida, according to the Florida prison authorities, the last of them on January 7, serial killer Oscar Ray Bolin.