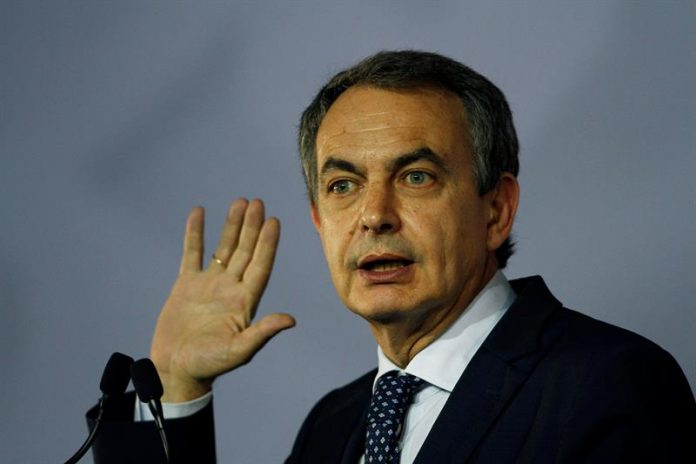 Former President of the Spanish Government José Luis Rodríguez Zapatero (2004-2011) declared today that US President Donald Trump “will be just a parenthesis in the history of human progress and development.”

The Spanish politician lashed out against the proposals of the American leader during his conference “Sustainable Societies for the Future” at the Smart City Expo Latam Congress, inaugurated this Tuesday in Puebla, capital of the homonymous state in central Mexico.

In reference to the protectionist policy of Trump, he asserted that “barriers, borders and walls” can not be put to progress.

“President Trump is against globalization and can only speak through Twitter, which is the clear example of globalization,” said the former president.

At the most important congress of intelligent cities in the world, to be held until June 29, he said that the development of technology is the most exciting challenge of civilization since the industrial revolution.

The technology, he said, provides that “an African citizen with a mobile and internet access has more information than a US president had 20 years ago.”

Zapatero called on authorities to create smart cities, starting with those “social sectors that have suffered most”, for the “weaker social fabric.”

“Let’s make smart cities starting with the most pressing social, let’s put the most advanced technology in favor of these unstructured neighborhoods,” he said.

In his inaugural speech, he said that the development and application of new technologies could end corruption, tax fraud and organized crime, because with the information provided by these tools “not even drug traffickers are approaching.”

He insisted that, thanks to the use of well-applied technology, poverty has been reduced more in the last five decades than in the previous 500 years; In addition, life expectancy has increased as has literacy and access to basic services such as water.

“There has never been more access to drinking water or health, broader literacy rates, more development, higher education,” he said.

Looking ahead, José Luis Rodríguez Zapatero pointed out that technology poses a challenge to society with the development of artificial intelligence. He said that it must compete with it, “govern it, mark the limits and know the challenges and risks it represents.”