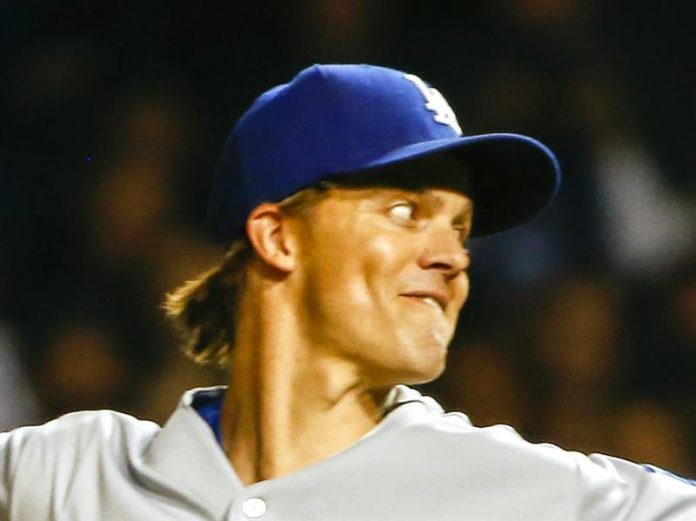 The Arizona Diamondbacks continue their winning run and once again clinched the victory in National League professional baseball, where they are having their best start to the season.

While the World Series champions, the Chicago Cubs and the St. Louis Cardinals have also won victories and show signs of a recovery in their game.

Receiver Chris Herrmann homered and starting pitcher Zack Greinke combined with three relievers to give the Diamondbacks a 6-1 victory over the Philadelphia Phillies.

Herrmann (7) hit a solo homer with two earned runs, while first-baseman Daniel Descalso drove in three runs that left him ahead of the Diamondbacks’ timely offensive

The game came after both novenas played 11 innings Sunday, which also ended with a 2-1 win for the Diamondbacks.

Rookie pitcher Nick Pivetta (1-4) did not have his best control from the mound and in three innings gave up six runs that would cost him the loss.

The Diamondbacks won their twelfth game in the last 14 to establish the best start of their history with a 49-28 record, which keeps them in second place in the Western Division.

The Arizona team has won five straight series in their nine-game field, tied for what they achieved throughout the 2016 season.

Closer Wade Davis thwarted a comeback attempt by the Nationals in the final episode by striking out major league batting leader Ryan Zimmerman with runners second and third, and the Cubs won the Washington team 5-4.

Threatened by the possible first shutout of the season, the Nationals, leaders of the NL East, scored four runs in the ninth.

Washington began its recovery against Venezuelan reliever Hector Rondon and continued with Davis, the eighth and final pitcher of Chicago.

With a 5-3 draw on the board, Bryce Harper scored a single and filled the bases with two outs. Davis made a runaway throw that cost his team a run, but then struck out striker Zimmerman, who has a .344 batting average.

The last pitch hit the ground, but Venezuelan catcher Willson Contreras made a low pitch to first baseman Anthony Rizzo who sealed the victory.

Gio Gonzalez (7-2) loaded with the loss after allowing one run and two hits, and struck out eight in just over six innings.

The Cubs’ Latin batter had Contreras who went 4-2, one scored, one produced. The Puerto Rican Javier Báez of 5-2, an annotated, a towed.

Left fielder Randal Grichuk and third baseman Jedd Gyorko hit home runs and drove in three runs each for the Cardinals to beat the Cincinnati Reds 8-2.

The party corresponded to the one that had to be postponed the 29 of April because of the bad weather.

Grichuk added his second homer in two games after being promoted from Triple-A. His two-run homer in the fourth inning was his sixth of the season.

Starting pitcher Michael Wacha (4-3), who was 8.17 ERA in his last seven starts, limited the Reds to one run and five hits in six innings.
He also fanned out five rival batters and walked one to keep the win.

Brandon Finnegan (1-1) opened for the Reds after losing more than two months with an ailment in the shoulder and threw three innings, without being able to control the Cardinals’ timely batting.

Finnegan allowed three runs in the first episode, ended up tolerating a total of three indispensable and took four walks.

Receiver Buster Posey hit a double toe in the first episode and a sacrifice fly two later, starter Jeff Samardzija struck out five and worked up to seventh, and the San Francisco Giants cut a five-game losing streak by beating 9- 2 to the Colorado Rockies, who continue to lose strength.

Brandon Belt and Denard Span connected three tugs to back Samardzija (3-9), who had lost their first three starts against the Rockies of the season. He won the first of his last four starts, losing the previous two after winning against the Brewers on June 5.

Joe Panik fired a sacrifice fly in the fourth as San Francisco edged 5-0 on the board against Rockies right-wing rookie Germán Márquez (5-4), who took the loss. Panik also propelled a run with a single in the eighth.

Brandon Crawford hit a single in the seventh for the Giants, who halted a nine-setback to Colorado with his second win in his last 14 seasons.

The Venezuelan Gorkys Hernandez contributed his opportune bat to the offensive of the Giants when leaving of 4-1, with two annotations.