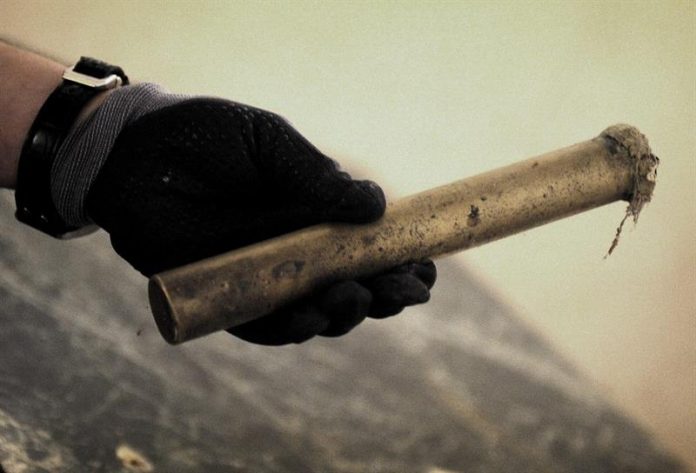 A team of Orlando workers took a surprise when, dismantling a statue of a Confederate officer for transportation to another area of ​​the city, they found at the base a metal time box of at least one hundred years old, local media reported today .

City officials told the Orlando Sentinel newspaper that they do not plan to open the rusty box weighing about three pounds (1.30 kilograms), fearing that the content could be damaged, possibly photos and documents.

“We have to take precautions to make sure the box is properly opened,” one of the people overseeing the dismantling operation of the controversial Confederate statue known as “Johnny Reb,” which will soon be located at Greenwood Cemetery, said. the city.

Commissioned by a local chapter of the United Daughters of the Confederacy, the statue was erected in 1911 on today’s Magnolia Avenue, near the former Orange County courthouse in central Florida, before its 1917 move to Lake Park Eola.

This new relocation of the statue comes amid protests from the African American community before the Confederate statues for being these symbol of racism and white supremacy.

Casandra Lafser, a spokeswoman for Orlando Mayor Buddy Dyer, said the dismantled statue will be reassembled for shipment and placement at the cemetery, a process that will cost $ 120,000.