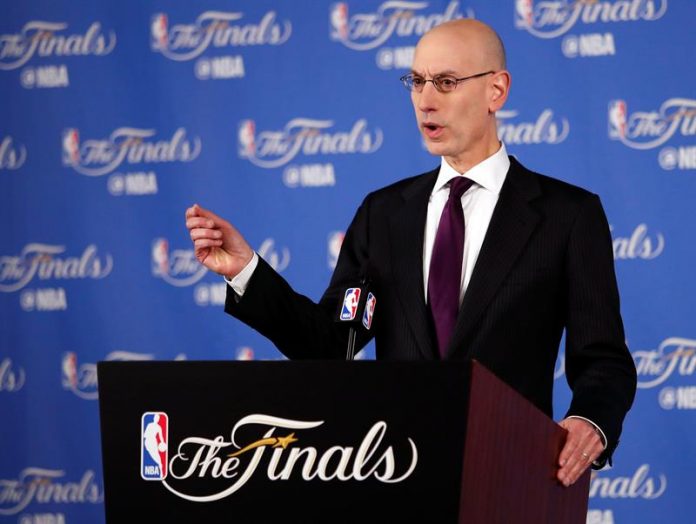 The 30 NBA teams are already aware that the salary cap for the 2017-18 season will be $ 99 million, according to information provided by the office of NBA commissioner Adam Silver.

In this way, all the teams can keep it in mind when this Thursday the university draw, in which the Sixers of Philadelphia will have the rights of first selection that they bought to him to the Celtics of Boston.

The ceiling for the luxury tax has been set at 119 million dollars, which means a reduction of two million with the projection that was at 121.

The reduction in both games will complicate some teams when it comes to obtaining the salary space they were looking for in order to register in the free agents market, which will start from next July 1st.

The balance of the final phase, due to the overwhelming victories of the Golden State Warriors, made the incomes lower than expected.

The current champions’ Warriors finished the 16-1 historic playoff competition by winning the Finals series to the Cavaliers 4-1 after unbeaten 15 games in a row.

But despite the loss of revenue during the playoffs, the salary cap rose about $ 5 million compared to last season, but did not reach the $ 108 million that the NBA had planned after signing a multi-million dollar contract of TV.

Apart from failing to meet expectations, the NBA continued to grow in the economic sector in a positive way as shown by the data offered by the league.