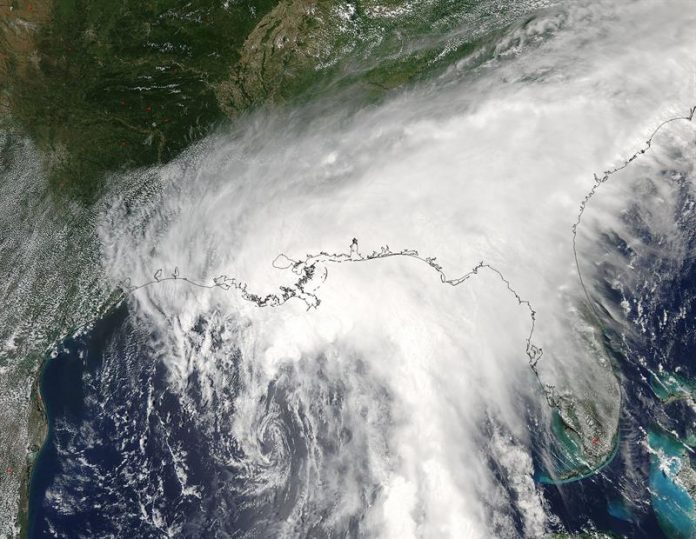 Cindy, the third tropical storm this year in the Atlantic basin, landed in the early morning today on the border between the US states of Louisiana and Texas, where there are floods and heavy rainfall.

In its bulletin at 12:00 GMT today, the National Hurricane Center (NHC) said Cindy is 65 miles northwest of Lake Charles in Louisiana and has top winds of 65 kilometers per hour.

It travels north with a translation speed of 19 kilometers and, according to a likely path pattern, is expected to rotate in the next few hours to the north-northeast and Friday to the northeast.

According to this forecast, the weather phenomenon will move through the interior of southern Arkansas and Tennessee on Friday.

Meteorologists at the Miami-based NHC said Cindy “will degrade to tropical depression” in the next few hours and will become a “low pressure remnant” at night.

A tropical storm warning is maintained (within 24 hours) from High Island, Texas, to the city of Morgan (Louisiana).

Cindy is expected to produce until Friday a total rainfall of 7 to 15 centimeters above eastern Texas, west and center of Louisiana and south and east of Arkansas.

Heavy rains could affect southern Mississippi, southern and central Alabama and the western end of the Panhandle, on the west coast of Florida.

“These rains could cause flash floods that will threaten life in these areas,” warned the NHC.

Storm surges are also possible that could cause flooding along the coast and tornadoes isolated from the extreme west of Florida to southeast of Louisiana.

The US National Oceanic and Atmospheric Administration (NOAA) announced on May 25 that an Atlantic hurricane season is forecast to be “above” normal, with the formation of 11 to 17 tropical storms, Between 5 and 9 would become hurricanes and between 2 and 4 would be higher category.

The first tropical storm of 2017 was Arlene, who formed last April in the mid-Atlantic, more than a month before the start of the season, followed by Bret and Cindy.