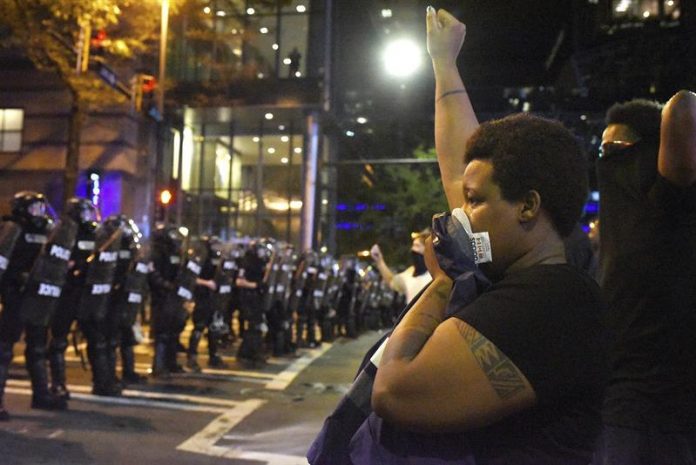 Police officers around the country are more likely to stop, cite and arrest Hispanic and African-American drivers during routine traffic stops, a study released today by researchers at Stanford University in California found.

“This is the first time that much data has been collected and analyzed on police interactions with drivers and we have found consistent patterns of bias or discrimination bias,” Cheryl Phillip, a professor of journalism at Stanford and in charge of the investigation, told EFE.

The finding of the Stanford Open Policing Project came after an extensive investigation that analyzed more than 60 million police reports on traffic stops in 20 states of the country.

The data collected provided sufficient information about drivers, including race, age and gender, to establish behaviors.

Phillip explained that although no such apparent disparities were found at traffic stops, minorities were the most likely to have their vehicles searched, fined or arrested in comparison to white drivers.

As an example in the work appears the level of conduct that has an officer to register a car or its driver on suspicion of contraband, drugs or possession of weapons.

With a white driver the police will ask to do the search if they have 20% suspicions, while with a Hispanic or African American driver the search is given with only a 5% suspicion, the analysis indicates.

In addition, the problem would not be from a single region but would be affecting the whole country, warn the researchers.

“Overall, we found evidence of discrimination and disparities in all states where we have the data,” Phillips said.

The investigation began more than two years ago when Phillips and a group of graduate students from the school of journalism began requesting traffic arrest data from law enforcement agencies in 31 states, although the study focused on 20 of them.

Although several states declined requests for data or said they did not pick it up, Phillips and his team did the work and now plan to continue collecting similar data from large cities.

“We need an open and transparent platform where we can identify systematic biases and allow policy change,” Philips said.