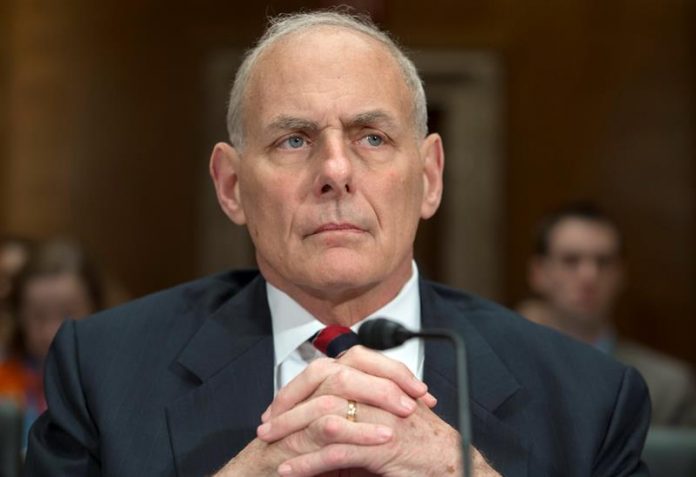 National Security Secretary John Kelly believes that the National Liberation Army (ELN) is cornered and that Colombia’s second guerrilla group would be “stupid” if it does not sign a peace agreement with the Colombian government.

“The ELN has nowhere to go, they are stupid if they do not sign an agreement with the Colombian people,” Kelly said in an interview with Efe in Miami shortly before the start of the “Conference for Prosperity and Security in Central America” Chaired by Mexico and the United States and in which the Colombian Executive is involved.

The head of US National Security considered that the ELN guerrilla, as it happened with the Revolutionary Armed Forces of Colombia (FARC), has not reached the negotiating table because it holds a position of strength, but because it has been submitted by the continuous Blows of the security forces.

“The FARC, and in the same sense the ELN, do not come to the negotiating table on peace because they are strong, they come because you have soldiers, sailors, admirals and marines who have defeated them and now try to survive,” said Kelly , Who knows Colombia well because of his experience as head of the US Southern Command between 2012 and 2016.

“The interesting thing about these terrorist groups is that, no matter where they were 50 years ago, in the last 20 or 25 years they have become mere drug trafficking groups, everything was based on money and violence,” he said.

“If ever,” he continued, “they had the support of the people of Colombia 50 or 60 years ago, now the Colombian people have recognized them for what they are, criminals.”

The Government of Colombia and the ELN opened a process of dialogue in Quito on February 7 aimed at ending the confrontation they have held for more than 52 years.

This process takes place in parallel to the implementation of the peace agreements signed last November in Bogota by the Government and the FARC.

On the deal with the FARC, Kelly considered that “it is not perfect”, but said that it has “a lot of confidence” in a good development over time.

“The good news is that finally the insurgency, the murderous insurgency, which was the FARC, seems to be over. It will take time for the peace agreement to become what it should, but I have a great faith, truly, in The Colombian Army and the people of Colombia, “he added.