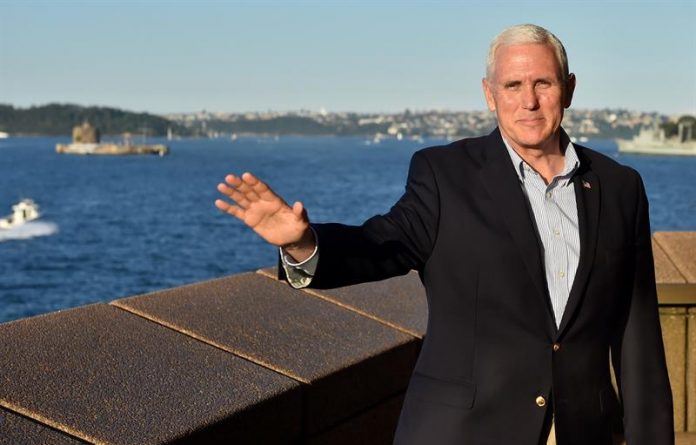 Security and economic development in Central America is the main axis that from this Thursday presidents and authorities of first level will address at a two-day summit to be held in Miami.

The “Conference for Prosperity and Security in Central America” ​​will be chaired by the Government of Mexico and the United States, and will be attended by the presidents of the countries of the North Central Triangle (Guatemala, Honduras and El Salvador) .

The first day, which will take place on a campus of the International University of Florida (FIU), will focus on improving economic conditions through job and business creation, and will feature a speech Of Vice President Mike Pence of the United States.

The second day, coordinated by the Department of Homeland Security (DHS), will focus on security, with debates on borders, drug trafficking, human trafficking and institutional strengthening.

To this event, in addition to Vice President Pence, the US side will attend the Secretaries of State, Rex Tillerson; The Treasury, Steven Mnuchin, and Homeland Security, John Kelly.

The important participation of the cabinet reflects the “commitment” of the current administration Donald Trump with this forum, said Luis Alberto Moreno, president of the Inter-American Development Bank (IDB).

“It is a great demonstration of interest in the fortune and success of the Alliance for Prosperity of the Northern Triangle Plan,” said Moreno, in the middle of a meeting of the organization with businessmen as a prelude to the forum.

In the past two years, the United States has awarded Central America $ 1.3 billion as part of the North Triangle Prosperity Alliance Plan, implemented since 2014 by Honduras, Guatemala, and El Salvador, and backed by these US funds.

The initiative seeks to create economic opportunities, boost human capital and improve citizen security, with the aim of discouraging migration.

Specifically, the Inter-American Development Bank, the governments of El Salvador, Guatemala and Honduras, and the private sector, will invest US $ 2.5 billion in energy, transport, water and tourism projects in those countries, according to the announcement today in Miami.

The Mexican Foreign Minister, Luis Videgaray; Presidents Jimmy Morales of Guatemala and Juan Orlando Hernández of Honduras and the vice president of El Salvador, Óscar Ortiz, are the other protagonists of this summit, which will have as a background immigration from Central America to the United States.

In the case of Honduras, one of the priorities of the delegation, made up of the general coordinating minister of Government, Jorge Ramón Hernández Alcerro, will be to defend the extension of Temporary Protection Status (TPS) from January 2018, in favor of Of 57,000 Hondurans living under that program in the United States.

There are many ministers who will attend this summit, which will include the presence of the Spanish Secretary of State for Cooperation and for Latin America, Fernan
Foreign Relations, Heraldo Muñoz; His Costa Rican counterpart, Manuel González, as well as the Minister of this country of Security, Gustavo Mata.

Nicaragua’s Foreign Minister, Denis Moncada; The Minister of Finance of Colombia, Mauricio Cárdenas; As well as the Panamanian Minister of Security, Alexis Bethancourt, and the deputy foreign minister of this country, Luis Miguel Hincapié, will be other attendees to this summit.

Businessmen from different countries and senior representatives of the Inter-American Development Bank (IDB), the International Monetary Fund (IMF) and the World Bank (WB) will also attend.