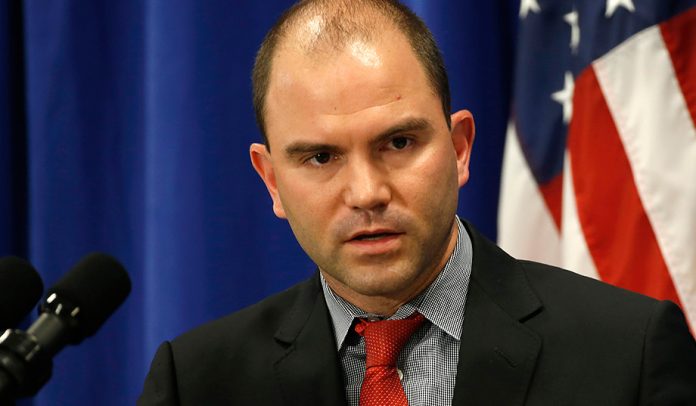 President Donald Trump will not be able to “completely” change the policy of his predecessor, Barack Obama, regarding Cuba, because his measures “have been popular,” Ben Rhodes, who served as adviser to the former president, said today.

“Nothing that I have seen seems to indicate that it will change completely, the problem that will be found is that our policies have been popular and have expanded the participation of entrepreneurs in Cuba,” said Rhodes at the eMerge technology forum in Miami .

The one who was a member of the Obama team, with which he triggered the melting of relations between the United States and Cuba since 2014, nevertheless said that he does “worry” that certain aspects, such as travel .

He said that if, for example, travel is restricted “once a year per person, that is going to hurt the entrepreneurs and the airlines are going to back down.”

Trump plans to announce next Friday in Miami a series of changes in the policy towards Cuba that could harden the conditions for the commerce and the trips of Americans to the island.

Among the changes that are contemplated is the prohibition to US companies to negotiate with entities linked to the Revolutionary Armed Forces of Cuba and the possibility of imposing more restrictions on the trips of Americans to the island.

Rhodes participated in a panel on the keys in the opening of US-Cuba relations and in the development of small businesses on the island.

With the perspective of the last years and already out of the first line, he affirmed that the government of Raúl Castro is “more comfortable with a limited scenario” in terms of opportunities.

“If there is more business, that will empower the Cuban people,” said Rhodes, who defended the Obama administration’s policy with Cuba and referred to the president’s words: “Cubans must take control of their own future.”

Next to Rhodes were the president of the Cuba Emprende Foundation, John McIntire, and Google’s chief of strategy and operations in Cuba, Brett Perlmutter.
In reference to the evolution of relations in the future, Perlmutter affirmed that his vision is that of a “Silicon Malecón” in Cuba “twenty years”, with a “community of entrepreneurs simultaneously connected to the world”.

In that Cuba, the information “will flow freely between Cuba and the United States,” according to the Google representative in the talk.

For his part, John McIntire put as an example Airbnb as a company that, in a short time, has managed to have “22,000 advertisements” for renting rooms in Cuba, “more than in San Francisco, Los Angeles and Boston.

Although he acknowledged that the system of payment to the so-called “hosts” is improved, the people who rent their rooms through Airbnb, said that the system works and “97% of transactions arrive in cash to the host.”

The eMerge Americas forum featured today the keynote address of Apple co-founder Steve Wozniak, which has been established as a meeting point for entrepreneurs, especially Latin Americans, and investors from the United States.

More than 100 speakers and more than 13,000 visitors are expected to attend this technology conference for two consecutive days at the Miami Beach Convention Center in South Florida.