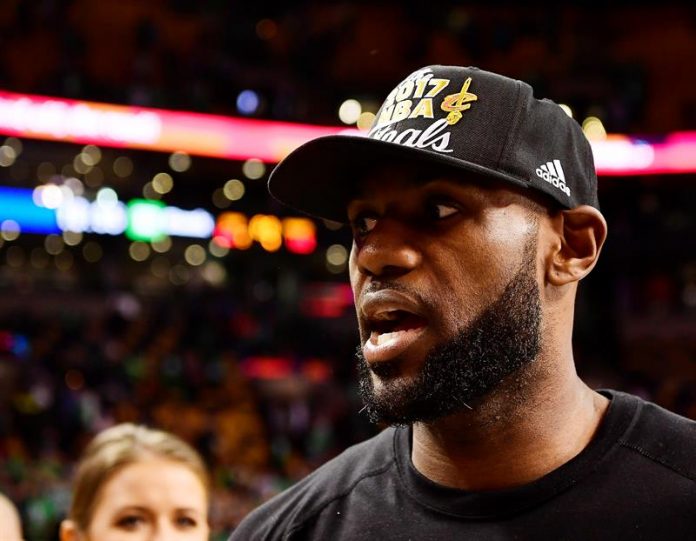 LeBron James outclassed legendary Michael Jordan as a scorer this time as the top scorer in the NBA Finals with the first basket he achieved in the fourth game his Cavaliers of Cleveland play against the Warriors Of Golden State.

James, who last month overcame Jordan as the top scorer in playoff history, scored the new record (1,177 points) in the first basket he scored for the game with a basket lead when 9:56 minutes from the start period .

The players who have more points than James in the Finals are Jerry West with 1.679 and Kareem Abdul-Jabbar who got 1,317 points.

The star forward of the Cavaliers also extended the NBA Finals record by 44, while Jordan reached 35.

After beating Jordan as the top playoff scorer during the fifth game of the Eastern Conference finals against the Boston Celtics, James reiterated all the admiration he felt for the Chicago Bulls ex-player who was always his idol since I was a child.

“He’s got the number 23 on my uniform for Mike,” James said. “I started to feel passion for basketball thanks to Mike (Jordan) for everything he could do. When you saw Michael Jordan it was like he was a god, so I never thought I could be like Mike “.

However, in the statistics section, James has become the player who has been able to overcome the marks that as professional established Jordan.